Mumbai , Harish Iyer, an activist for a number of causes, including promoting the rights of the lesbian, gay, bisexual, and transgender (LGBT) community, children, women, animals, and survivors of child sexual abuse, will publish his memoir with Westland Publishing (an Amazon company) in October 2019.
[caption id="attachment_284674" align="aligncenter" width="580"]

Award Winning Equal Rights Activist Harish Iyer to publish memoir in 2019[/caption]
Iyer’s life has been no less than extraordinary but it did not start out that way. It has taken immense courage and conviction to walk on the path he has chosen. Born in a conservative joint family, as a young boy, he was raped. His mother did not understand that male children could get sexually abused. Neither she nor Harish himself fully accepted his abuse, or his so-called ‘feminine’ nature. Today, they have both metamorphosed into crusaders of equal rights for LGBT people. The book, tentatively titled ‘Son Rise’, will portray the stark reality of the thoughts of a child who is going through rape. It is also a story of hope, of how Iyer converted his pain into something beautiful. It is also the story of the people who supported him, and about his relationship with his mother. About how she gathered strength and turned into a huge supporter of survivors of child sexual abuse and LGBTQ persons. It is about how he went from being alone to being at the forefront of, and promoting, a loving community. Commenting on the acquisition, Harish Iyer said: ‘I believe that living your life truly and unabashedly is the purest form of activism and my truths need to be told. I am a survivor of child sexual abuse, and it is important to tell the world what happens within the mind of a male survivor of rape. This book would be my “tell it all” tale on whatever I remember about the dark days of my life, but this is not a depressing read or even something that makes me a hero. It will highlight my everyday life, my coming to terms with my sexuality, my unrequited love story and will also touch important issues like animal welfare, gender rights and the fight against 377. Why is the book called “Son Rise”? Because I used to spell the “sun” as “son”. The day I conquered my fears on national television, my grammar nazi mom wrote a text to me saying, "my SonRise".’ Debasri Rakshit, Managing Editor, Westland, said: ‘Harish’s journey demonstrates that when individuals come together to fight for justice and human rights, centuries-old laws can be overturned. We hope this book will spark more conversations around male child sexual abuse and gender identities.’ Harish has been one of the most vocal supporters of the decriminalisation of all consensual sexual acts between adults of all sexualities in India and has engaged in several awareness campaigns about it. He has written articles and letters on the subject and appeared in national television news shows to highlight the plight of the LGBT community in India. His life inspired two films, director Onir's I Am and Ranadeep Bhattacharyya and Judhajit Bagchi-directed Amen. Recently, The Guardian named Harish Iyer as ‘one of the most influential LGBT persons in the world’. About Westland Publications Pvt Ltd: Founded in 1962, Westland is one of the largest English-language trade publishers in India. Westland’s bestselling authors include Chetan Bhagat, Amish Tripathi, Ashwin Sanghi, Devdutt Pattanaik, Ashok Banker, Rujuta Diwekar, Rashmi Bansal, Savi Sharma, Anita and Harsha Bhogle, and Preeti Shenoy, among others. It has recently launched a new imprint 'Context', which publishes literary fiction and non-fiction by some of the finest Indian writers, graphic novelists and chroniclers of our times. Westland publishes print books, e-books as well as short reads in genres ranging from popular and literary fiction to business, politics, biography, spirituality, health and cookery. Westland was acquired by Amazon in 2017. Westland brings Amazon Publishing's bestselling international books to the Indian market available in over 1000 outlets.
Read the full article
Tags: Harish Iyer Managing Editor Debasri Rakshit Westland Award Winning Equal Rights Activist Harish Iyer to publish memoir in 2019 LGBT people 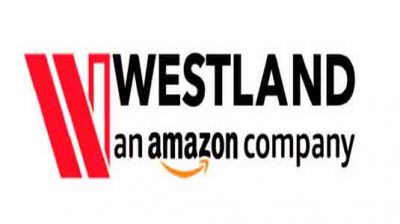 Westland to publish a book on Nouf Marwaai