The Vice President of India, Shri M Venkaiah Naidu today stressed the need to dedicate the next decade, from 2020 – 2030 to make India healthier by promoting healthy lifestyle, improving healthcare facilities, making healthcare affordable and accessible to all.

Inaugurating Delta Hospitals in Rajahmundry today, he expressed concern over the rising incidence of Non-Communicable Diseases owing to the change in lifestyle and dietary habits and stressed the need for following healthy lifestyle practices.

Quoting WHO report, he said that around 61 percent of deaths in India were attributed to non-communicable diseases, including heart disorders, cancer, and diabetes.

He suggested launching a national movement against the growing incidence of non-communicable diseases and wanted hospitals, the Indian Medical Association and the medical fraternity to take the lead in creating awareness among people, especially the youth.

Highlighting the importance of creating awareness among children and the youth of the hazards caused by unhealthy dietary habits and sedentary lifestyles, the Vice President said that students in schools must be encouraged to take part in at least one physical activity or yoga every day to stay fit and healthy.

Pointing out that achieving universal healthcare has many challenges including bridging the urban-rural divide in providing quality healthcare facilities, Shri Naidu urged the private sector to expand its footprint to the villages and remote rural areas and reach out to people with affordable healthcare.

“It is important for the private sector to complement the efforts of the government in reaching modern healthcare facilities to people living in rural areas,” he added.

Stating that the Government of India has launched several initiatives such as Ayushman Bharat to increase citizens' access to good quality, affordable healthcare with an aim to achieve Universal Health Coverage by 2030, the Vice President called upon the Private sector to supplement government’s efforts in achieving the 2030 target.

Shri Naidu urged doctors to show empathy and compassion towards the patients and treat their profession as a mission to serve the people and not as a commercial vocation.

Shri Naidu while referring to the high stature given to professionals such as Doctors and Teachers in Indian culture asked them to keep service as their motto. He urged them to show empathy and compassion towards the patients and treat their profession as a mission to serve the people and not as a commercial vocation.

He stressed the need to innovate and adopt the best practices from world over to improve healthcare services and treatment protocols. 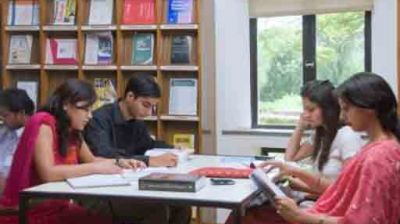 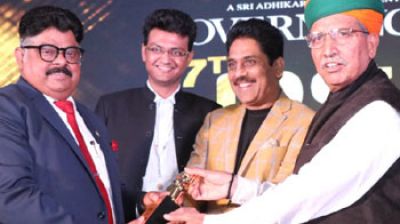