It is clear that India is a land of possibilities : Prime Minister

In his remarks at the event, the Prime Minister emphasized that he wanted India and Japan to move ahead together, not just in the sphere of high-speed trains, but also for "high-speed growth."

The Prime Minister recalled his visit to Japan last year, and the commitment of 35 billion dollars of investment made by Japan. He said that the figure had surprised many at that time, but today, within a short time-span, "unimaginable progress" had been made, and the contours of this investment were beginning to get visible on the ground.

Shri Narendra Modi said that "Make in India" is proceeding in mission mode, not just in India, but also in Japan. He said the "Japan Plus" initiative that was begun last year as a policy experiment, is also doing well.

The Prime Minister mentioned recent economic indicators in both India and Japan, and said these were extremely encouraging, especially in the light of the global economic slowdown. The Prime Minister said it is clear that India is a land of possibilities. He recalled that Japan had been a part of many key economic turning points in India, and gave the examples of the Maruti car, and the DFC (Dedicated Freight Corridor). 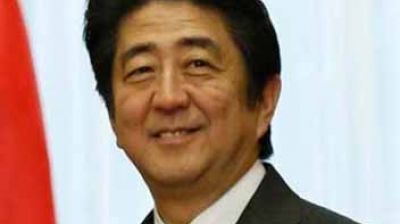