The Vice President, Shri M. Venkaiah Naidu today said that we should all learn Sanskrit so that we maintain a living link with our rich past and truly understand what it means to be an "Indian". He also called upon the Government and non-governmental organizations to join hands to preserve, promote and propagate Sanskrit language and literature, stressing that ‘we cannot think of India without thinking of Sanskrit.’

Shri Naidu made these remarks while addressing the World Conference 2019 being organised by Samskrita Bharati, in New Delhi today.

Calling Sanskrit a ‘remarkable language’, the Vice President said that students should be encouraged to learn it to understand the depth and richness of Indian heritage. “Governments and Educational institutes should provide an opportunity to learn Sanskrit”, he said.

On this occasion, Shri Naidu also advocated for the need of schooling in mother tongue. “Governments should take steps to have medium of instruction uptill 10th standard in mother tongue”, he said. “There is no problem in learning English or any other language, but the foundation should be in mother tongue.”, he added.

The Vice President appreciated that the Government of India has taken several steps for promotion of Sanskrit. He further urged non-governmental organizations to complement the work of the government and spread awareness about Sanskrit and propagate the rich knowledge that can be accessed through a study of Sanskrit texts.

Talking of the importance of Sanskrit language, Shri Naidu said it has been India's unseen unifying force. “It has been the vital link between Indian languages in terms of vocabulary. Most of the Indian languages have originated from Sanskrit”, he said.

Almost all of our ancient knowledge and wisdom is in Sanskrit, be it Chankaya’s Arthashastra, or Bhaskaracharya’s Mathematics or Patanjali’s Yoga. With this knowledge, our ancestors enriched our nation. We should also make use of this knowledge treasure given to us by our sages, he said.

On Sanskrit’s contemporary relevance, the Vice President said that today world is facing many challenges relating to environment, water planning and health. Sanskrit has a lot on these issues. Many countries in the world are studying Sanskrit for this reason. Our educational institutions should also carry out similar research.

Talking of the geographical expense of the Sanskrit, the Vice President said that in addition to Indian subcontinent, significant collections of Sanskrit manuscripts and inscriptions have been found in China, Myanmar, Indonesia, Cambodia, Laos, Vietnam, Thailand and Malaysia. Sanskrit inscriptions, manuscripts or its remnants, have been discovered in dry high deserts and mountainous terrains such as in Nepal, Tibet, Afghanistan, Mongolia, Uzbekistan, Turkmenistan, Tajikistan and Kazakhstan. Some Sanskrit texts and inscriptions have also been discovered in Korea and Japan

The Vice President said that the Sanskrit was the language of education in the Universities of Nalanda, Takshashila etc. which were teaching almost all the subjects like economics (arthasasthram), warfare (dhanur veda), physics (bouthikam) mathematics (ganitham),medicine (ayurvedam), literature (sahithyam) etc.

Shri Jai Ram Thakur, Chief Minister of Himachal Pradesh, Union Minister, Dr. Harsh Vardhan, President, Samskrita Bharati, Prof. Gopabandhu Mishra were among the dignitaries present at the World Conference which saw participation of over 4000 delegates from 593 districts in the country and from 21 countries world over. 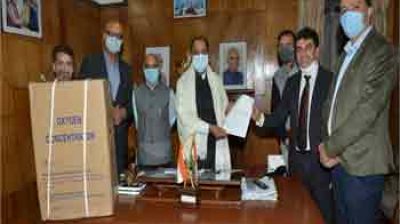 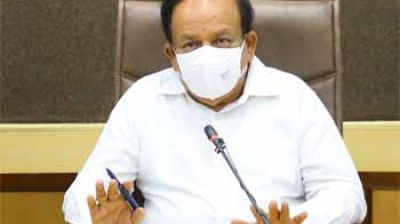 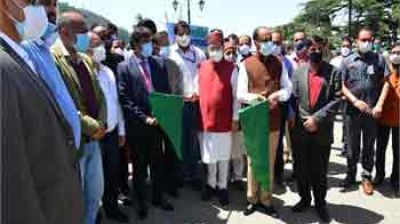 Eefforts would be made to ensure time bound completion of... 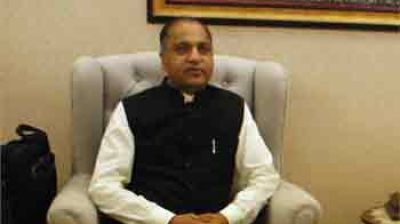 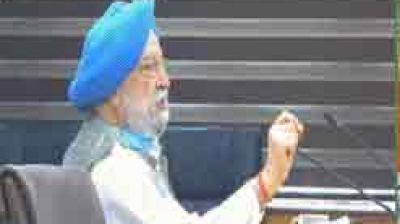