Home Latest news It embodies unity of mind and body 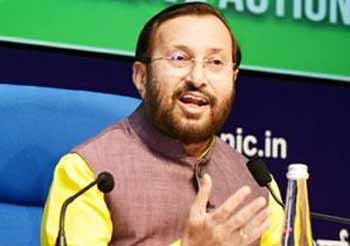 Acknowledging the positive role & responsibility of media in disseminating the outreach of Yoga in India and abroad, the Ministry of I&B had instituted the first Antarashtriya Yoga Diwas Media Samman (AYDMS) in June, 2019 to mark the contribution of media in spreading the message of Yoga.

The Samman to be conferred on Media Houses would be given under the following categories:

The Samman will comprise of a special medal/plaque/trophy and a citation. The contribution of Media in popularizing of Yoga and the entrieswas assessed by a Jury comprising of 6 members and was headed by Justice C. K. Prasad, Chairman, Press Council of India.

Brief on International Day of Yoga

While proposing the idea the Prime Minister stated:

“Yoga is an invaluable gift of India’s ancient tradition. It embodies unity of mind and body; thought and action; restraint and fulfillment; harmony between man and nature; a holistic approach to health and well-being. It is not about exercise but to discover the sense of oneness with yourself, the world and the nature. By changing our lifestyle and creating consciousness, it can help in well being. Let us work towards adopting an International Yoga Day.”

Following this initial proposal, the UNGA held informal consultations on the draft resolution, entitled “International Day of Yoga”, on 14 October 2014. The consultations were convened by the delegation of India.On 11 December 2014, India’s Permanent Representative introduced the draft resolution in the United Nations General Assembly. The draft text received broad support from 177 Member States who sponsored the text, which was adopted without a vote. This initiative found support from most global leaders. A total of 177 nations co-sponsored the resolution, which is the highest number of co-sponsors ever for any UNGA resolution of such nature.