INVC NEWS
New York,
On the occasion of the Side event on International Solar Alliance at the UN Headquarters in New York on Friday , the Interim Administrative Cell of International Solar Alliance (ISA Cell) and the United Nations Development Programme (UNDP) declared their intention to promote solar energy globally .
Major areas identified for working jointly included :a) Development of synergies with ongoing UNDP programmes and projects on solar energy in and across ISA member countries; b) Creation of complementary linkages with ongoing global and regional efforts in the field of solar energy; c) Strategic cooperation in programmatic and technical expertise, and facilitating the participation of the wider UN system towards the creation of innovation hubs in and technology transfers between ISA member countries; d) Support for the establishment of knowledge management systems as well as electronic networks and/or e-portals for the sharing, creation and management of knowledge on solar energy; and e) Strengthening the development of ISA’s institutional structure, and enhance its capacity development efforts through the support of training programmes, In addition, both sides decided to work in other areas and themes as jointly decided.
The joint declaration was exchanged in the presence of Shri Piyush Goyal, Union Minister of State (IC) for Power, Coal and New and Renewable Energy; Ministers and Ministerial representatives from around 25 ISA countries. Shri Upendra Tripathy, Secretary, Ministry of New and Renewable Energy and Chairperson, ISA cell exchanged the declaration with UN representative. On this occasion, Mr Yuri Afanasiev, UN India coordinator was also present.
Shri Goyal stated that the joint declaration is a new beginning and will help in leveraging and expediting solar energy development and deployment in ISA countries. He also informed that the process of areas identified under joint declaration will be reviewed at the Founding Conference of the ISA scheduled to be held in the near future in New Delhi.
Read the full article
Tags: United Nations Development Programme INVC NEWS New Delhi International Solar Alliance ISA Cell and UNDP Declared Cooperation for Promoting Solar Energy UN Headquarters in New York Interim Administrative Cell of International Solar Alliance 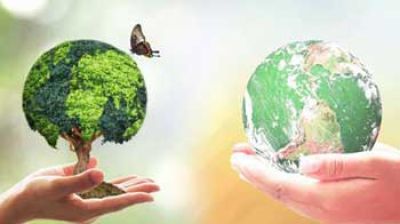 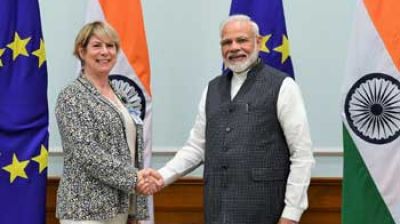 Massive achievement for a country as enormous in size, demography...