New Delhi, As World Environment Day 2018 celebrations kick off in India, Ministry of Railways PSU IRCTC launched its trial run of environment friendly bagasse based food packaging on 8 select Shatabdis and Rajdhanis originating from New Delhi. Passengers in these trains will be served meals on eco-friendly disposable plates (compostable containers) instead of the polymer ones as part of the Railways’ drive to go green.

IRCTC with this new initiative reaffirms its commitment to a cleaner and greener India and has taken a small step in this direction to achieve the same. Bagasse, the fibrous remains left behind after extracting sugarcane juice, is being used to make disposable cutlery and containers in which meals will be served. Provision will be made to collect the used packaging which will then be processed for disposal through composting to ensure environmental sustainability. The endeavour after the initial trails is to progressively introduce bagasse based packaging as a viable alternative of non bio-degradable material being currently used on all Rajdhani, Shatabdi and Duranto trains managed by IRCTC in the coming months.
Read the full article
Tags: IRCTC

High quality food and beverages will be provided to the... 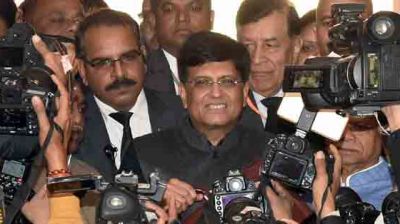 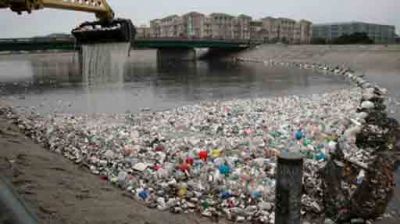 Emphasis is on making necessary arrangements to minimize generation of... 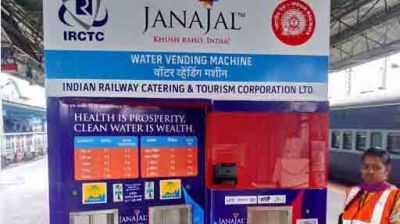 JanaJal commissions Water ATMs in association with IRCTC across Mumbai

Railways takes various initiatives to facilitate travel in this summer

The Move to Help Generate Local Employment, Empower Women and...