INVC NEWS
Ranchi,
There should not be a single case pending related to compassionate appointment. Compassion committee should ensure this by holding meetings every week in this regard; Principle Secretary to Chief Minister Shri Sunil Kumar Barnwal said this while reviewing complaint of Suman Kumari of Bano, Simdega. The Principle Secretary reviewed a total of 19 complaints in the weekly review program of Jansamvad Kendra at Suchna Bhawan.

Vidyapati Singh in-charge Bano Police Station died in a militant encounter on 8th April 2017. After this, his wife Suman Kumari gave application for the job on compassion, but no action was taken. Nodal Officer told that the applicant has applied for third grade job, due to which it was not executed. The Principle Secretary instructed to take necessary action in this regard.

Balram Prajapati along with 60 other worked in electricity office, Jainmore through Displaced Education and Welfare Society in 2014-15, but they have not been paid for the work till now. On this the principle secretary said that if workers are not paid then legal action will be taken against the agency.

Complaint regarding electrification and power connection came from Hunterganj, Chatra and Pakud; on this the principle secretary said that the government is committed to provide electricity to every household, in this regard resolve the matter by coordinating with the villagers.

On complaint of illegal possession of the area marked for parking at the East Jail Road in Ranchi. The principle secretary instructed to promptly execute the matter and suspend officers involved and also conduct departmental action against them.

Govind Kumar Hansda, Bokaro had complained about bribery being demanded in lieu of passport verification by the police. On this the principle secretary said that investigation of the case should be done by the other DSP and after that suspend and conduct departmental action against the officer involved.

Muchiram Manjhi, Bokaro said in his complaint that the firing range of JAP-4 has been made on his raiyati land. However, neither administrative approval has been received nor compensation was paid for this. The principle secretary instructed the nodal officer to send the proposal to the Home Department and ensure the execution of the case.

Other than these, complaints related to assistance under Chief Minister Critical Illness, Old age pension and pending honorarium were also reviewed. 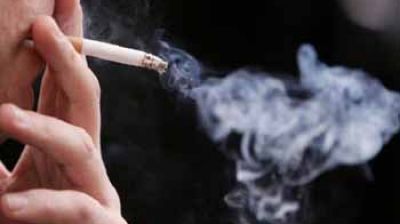