INVC NEWS New Delhi,
A team from the Excise department, Delhi, raided the premises of Rimjhim Stainless Limited at more than a dozen locations including the firm’s offices in Kanpur, Hamirpur and Unnao. Documents seized during the raid indicate toward tax evasion worth Rs. 300 crore. Initial tax evasion estimate was Rs. 100 crore. During the raid, records showing production and sale differences were seized. Computers at home, factory, corporate offices as well as of officials of Rimjhim Stainless are being checked to trace the tax fudging instances. Investigation team has also confiscated the mobile phones of the firm officials. Eight teams led by Mr. Praveen Bali, Deputy Director, Director General of Central Excise Intelligence (DGCEI) Department which came from Delhi raided all the premises of Rimjhim Stainless at the same time. They got tip-off of tax evasion by the group which is growing very fast. After collecting all facts the teams raided three factories in Hamirpur, one factory in Unnao, offices in Harshnagar and Fazalganj. So much secrecy was maintained about the operation that even the officers of the Kanpur investigation wing were not included in the operation. They were informed on the next day in the morning after the search was over. More than 20 officers are searching Fazalganj factory, residences in Tilak Nagar and Ashok Nagar, corporate office and godowns of Rimjhim Stainless spread across the city. Same number of officers are also searching the company factories located at Unnao and Hamirpur. Official sources indicate towards a large scale tax fraud. Producers used single invoice to send products multiple times out of the factory and deposited excise duty of only one invoice. Investigators are checking the duration of the practice as well as how large is the tax evasion case.
The annual turnover of the group is estimated to be over Rs. 1200 crore. When the investigating officials matched the turnover with the excise duty paid, they realized the possibility of a big fraud. It is believed that sometime back income tax officials had also raided the company’s premise.
Read the full article
Tags: Deputy Director Investigation for Rs. 300crore tax fraud Rimjhim Stainless Limited Praveen Bali Director General of Central Excise Intelligence tax fraud 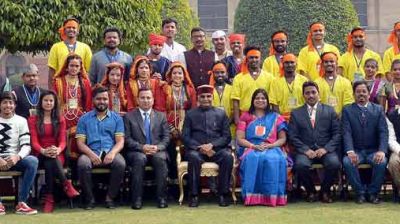 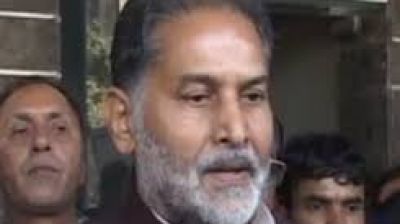 The State government is planning to make NCC mandatory: Ram...

Switzerland Tourism launches the new campaigns for Winter and Summer...

North India is the biggest tourism market for Mauritius :...

There is no substitute for hard work : Dr Arup...