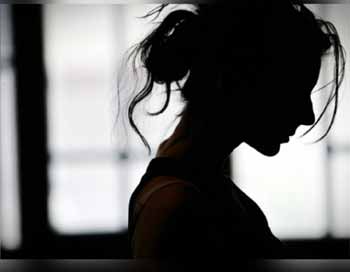 The cause of harmony and fulfilling partnership is what every couple strives for- it falls under the clause of basic human needs that makes life more cherishable. Yet, violence amongst partner is prevalent among most cases, with heartbreaking accounts of intimate partner violence (IPV), leading to worst case scenarios such as death. Any physical, sexual, emotional abuse, and/or and controlling behaviours perpetuated by a person over an intimate partner, is considered as IPV, with the afflicted being mostly women. Perpetrators consist of not just men, but families and near ones too. In India, its prevalence is great, owing to the patriarchal framework where the men are given leeway to any unfathomable situation. Here, the society and family values are steeped in outdated practices, to such an extent that no amount of foremost education can get rid of this malpractice.

Quick look on the World of Intimate partner violence

The problem overwhelmingly affects women world over which is evident in the data presented by the World Health Organization (WHO). As per WHO around 35% of women in the world have been physically or sexually abused in some form or the other. Globally, it is estimated that male intimate partners have committed 38% of women murders.[1]

The Indian scenario is reflective of the world’s state. As per the latest National Family Healthy Survey Report, around 33% of ever-married women have faced physical, sexual, and emotional or spousal violence, with at least 30% facing physical violence, 14% emotional violence, and 7% sexual violence.[2]

While internationally, more than 50% of physically abused have never sought help from formal authorities or service providers. In India, less than 14% of women have sought help to stop violence.

Not being exclusive for women, a significant number of men also are impacted by IPV, which includes both heterosexuals and homosexuals. In a study conducted amongst 320 men around 46% admitted to experience some form of IPV including controlling behaviour.[3]

Cause behind Intimate partner violence

A victim of IPV may have undergone physical violence of various degrees; forced sexual intercourse or sexual coercion; emotional or psychological abuse which includes intimidation, humiliation, threats; and controlling behaviours which include ensuring the partner is isolated from family and friends, keeping a close watch on partner’s movements, restricting access to employment, finances, education, or medical care.

A number of factors lead to IPV, which can be broadly categorised as individual, relationship, and societal factors, and overall IPV happens to be a larger demonstration of power politics and show of control and authority.

Multiple factors contribute to women continuing to be with their violent partners, especially in the Indian setting. Women with violent partners suffer high levels of depression, are under constant fear, develop post-traumatic stress order (PTSD), and low self-esteem. The following factors play important roles in continuing in an abusive relationship:

·        No alternative recourse. In the Indian society, patriarchal values are the ingrained in women from birth, from the time girls develop their understanding they are groomed to become “good wives and mothers”. Most families refrain from educating the girl above grade “8” because they believe “pankh nikalj ayeenge.” (She will find her wings). For a woman, focus on independence is taken away therefore focus on things such as skill development, art, earning a livelihood are secondary. Wedding becomes the way of getting handed over from one patriarch setting to another, leaving no alternative recourse if things don’t go well in either of them.

·        Mental conditioning in accordance with outdated patriarchal values. From the very young age, the way females are mentally conditioned is as secondary and as subservient to the male counterparts.  Men are assumed to have the first right one women’s body, sexuality, and decision making.  It is expected for women to keep up to abusive nature. Often women are held responsible for the abusive nature of their intimate partners, which ingrains guilt feelings and self-blame.

·        Lack of financial support.  Having existed in an ecosystem which is secondary to that of the men’s, often women are left without any financial support, devoid of assistance from the parent’s side or the government’s side.

·        Social pressure and stigma. Societal shame and other forms of societal pressure also contribute immensely in perpetuating abuse and limiting options for women, forcing them to stay in an abusive relationship. The stigma of being a divorcee is more for women than men.

·        Calculated assessment to ensure self-protection. The fear of the worst for them and for their children make women take calculated measures to devise strategic adjustments for co-existing with abuse.

·        Cycle of violence. Women often fall prey to the cycle of violence which includes building up of tension, verbal abuse followed by physical attack, a period of remorse and apology, followed by loving gestures to make-up for the abuse.

Finding the Way Out

Adopting the right approach as an individual is one of the solution to these challenges;

However, at Poddar Wellness, we share some of the following short-term and long-term measures that can be put to practice to better the situation. Reprogramming of traditional thoughts and reconstruction of inner resources to build up personal success.

In fact our foundation (Poddar Foundation) deploys training at the ground level to the economically weaker sections.

You can use these strategies to create Short Term and Long Term success.

·        Short-term measures: The short-term measures include that women are guided and counselled to begin creating a financial safety net by opening bank accounts, direct savings, etc; connect with community women bodies; develop a safety plan which includes keeping essentials such as keys, purses at hands reach; identify supporting individuals amongst family, friends, or peers and keep their contacts handy; identify emergency shelter outside and inside house as it becomes important to get away from scene of violence; and most importantly seek counselling to manage trauma.

o   Introduce value systems of gender equity for both men and women in educational systems, homes, policy making, workplaces, and society. This will trigger behaviour change in present and future generations of men with better sensitivity and respect towards women and their individuality, making them equal stakeholders of the relationship.

o   Build a supportive ecosystem for abused partners through public private partnership in each district for the victims to come for help, counselling, guidance towards legal assistance, and support if they want to part ways with their spouses.

o   Strengthen the legal framework Domestic violence laws and other related legal provisions need to be carefully looked at for ensuring the legal tools are rightfully used. There is a need to resolve the cases through fast-track courts and due relief is meted out to the victims.

o   Have a supporting financial sector which gives additional support to women, single mothers, divorcee, etc., with due riders. The objective is to help the economically weaker and affected sections function independently and with reliability.

Depending upon situations and nature of the spouse, it would help if the spouse can be included in a conversation that involves seeking counselling or a calmer way of settling differences. 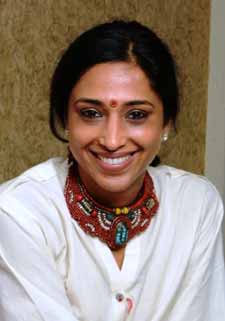 “Dr Prakriti Poddar. Her story is not story of a common girl, it is story of girl that was seen as banker of family, it is story of family where it is expected that housewife is better-suited job, and her friend believed she will be mother. To earn an income and to support a lifestyle was difficult; she mothered 3 children, and practiced at home. Internally, the passion did not die. She needed to break the stigma and release people from their internal, self-imposed bond;, Prakriti Poddar, today is voice as an expert in mental health area, thought leader, Councilor in knowledge, information and awareness, a writer, an activist and a motivation speaker.

Finally, she is sticking to what she believes in and creating a platform for people to share their care. Today she is proudly a managing trustee of Poddar Foundation, of almost only organization that works with poorest of poor on mental well-being, owner of "Mind over image" and Director and equity holder of Poddar wellness limited.”

Mission POSHAN 2.0 : To ensure empowerment, safety and holistic development of women and children