Our ancient scriptures say that 'Yatranaryastupujyanteramantetatradevataha'---

where women are worshiped there the Gods reside. The Upanishads declare that –Ekam sat viprah bahuda vadanthi’ ---there is only one reality in this world, described in many ways. Man and woman are the two manifestations of one supreme power and are equal in strength, power and disposition. Such was the lofty status given to women in our ancient scriptures and society. Over the ages, women became subject to social exclusion, multiple deprivation and mental and physical abuse.

The vicious cycles of inequality perpetuated a decline in the status of women and fostered lop-sided development. In the 21st century, a paradoxical situation exists when a section of them have made a place for themselves in society, yet a large number remains deprived of the right to live with dignity and, moreover, a girl child is deemed unworthy of life itself. To have inclusive growth, it is imperative to ensure  that women in all situations get equal opportunity to live and lead a life of their choice.

The Census 2011 is an eye opener as it records an all-time low Child Sex Ratio(CSR) of 918, which is the number of girls per thousand boys, between the age group of 0-6 years. The declining sex ratio is in existence in every part of the country- rural, urban and tribal areas. It is an alarming situation, which will alter the demographic profile of the country, and requires immediate action to reverse this dangerous trend to prevent further erosion of gender justice, and ensure social cohesion and all-round development.

To arrest this declining trend in  the CSR and ensure women’s education, a national program, Beti Bachao Beti Padhao( BBBP), has been launched by the Prime Minister on January 22, 2015, at Panipat in Haryana. It is a joint initiative of the Ministries of Women & Child Development, Health & Family Welfare and Human Resources Development to spearhead twin objectives: to protect a girl child of her right to be born and her right to life, and to empower her with education and life skills. The place selected for launch of this campaign is also significant, with Haryana being one of the worst performers on CSR. Haryana has just 877 females per 1000 males, and in case of 0-6 years, the figure is as low as 830, as per Census 2011.

The Prime Minister's emotional appeal at the launch of the program highlights the urgency of the situation and the need to reverse this dangerous demographic trend. He said that it is the collective responsibility to end this 'terrible crisis' which will have far reaching consequences on future generations. He appealed to the people to turn the birth of a girl child into an ‘.Anandotsav' and make it into a community celebration. The PM also launched the "Sukanya Samriddhi Account" for the benefit of the girl child for her education. The current year’s Budget proposal for 2015-16, gives it a tax break on its accrued annual interest of 9.1%.

The BBBP, for focussed intervention, has initially chosen 100 Gender Critical districts in all States and UTs. The program has a multi-sectoral approach and lays stress on mass mobilisation and community participation. The program in campaign mode has several monitor-able targets. One is to improve the Sex Ratio at Birth(SRB) in identified gender critical districts by 10 points a year. The other is to reduce gender differentials in under Five Child Mortality Rate from 8 points in 2011 to 4points by 2017. The program  sets the target to increase girl enrolment in secondary education from 76% in 2013-14 to 79% by 2017 and provide toilets for girls in every school in the 100 CSR districts by 2017.

The BBBP Campaign  is to ensure effective implementation of PC& PNDT Act to curb sex-selective abortion. It is also to improve the nutritional status of girls by reducing the number of underweight and anaemic girls under the age of 5, from NFHS-3 levels and ensure universalisation of ICDS. The campaign is also to promote a protective environment for the girl child through implementation of Protection of Children from Sexual Offences (POCSO) Act, 2012.

Community participation with the involvement of local leaders is key to the success of any mass mobilisation program that primarily targets at changes in attitude and behavioural pattern. The BBBP campaign strongly advocates for the association of all local leaders and grass-root functionaries who will be trained as community champions.

The Program lays stress on generating a supportive atmosphere for the birth of a girl child- both at home and at the community level.   Creation of awareness about safe motherhood, delivery and worth of a girl child is a step in this direction. It envisages promotion of awareness for early registration of pregnancy in the first trimester at AWCs/Health Centres forpre-natal and post-natal care and counselling of mothers. For this, community watch groups like women panchayat members, trained teachers, youth groups, and other local leaders are required to be identified to act as facilitators.

With regard to ensuring enrolment of girls in school education, the program speaks of  activating School Management Committees (SMCs) for universal enrolment of girls through special drives and  creation of  Balika Manches, or Girls' Forum, to encourage participation of girls in school and also to bring back drop outs.  For drop out girls, BBBP proposes to launch massive village contact drives with the help of AWWs, ASHAs, PRIs, and other Community leaders. There is provision for incentives and awards to School Management Committees or SMCs which enrols 100% girls at the primary level and also retains them in the first year, and for transition of 100% girls from class V into class VI, from class VIII to class IX and from class X to class XI. The competition to encourage girl’s enrolment and retention is  open to all Government schools.

Apart from this, the campaign proposes organising mass events like NaariChaupal, BetiJanmotsav, and monthly celebration of Beti Bachao, Beti Padhao program as an event and to also observe National Girl Child Day  and International Women’s Day for a sustained impact. To fight against socio-cultural prejudices, BBBP envisages mounting more girl or women-centric festivities like celebration of Lohri for the birth of a daughter, siblings tying rakhis to each other on  Rakshya Bandhan Day, etc.

Sensitisation campaign should also bring forth positive reinforcements in favour of a girl child like daughters as providers of old age security to parents and the benefits of simple weddings to protect parents from financial burden of dowry and equal property rights for daughters and sons and prevention of early and child marriage.

The declining sex ratio is a cause for concern and its persistence has serious implications for our society and the future of humankind. Providing education to a girl child is to empower a large section of the population. The BBBP, through its nation-wide campaign with a two-pronged strategy and focussed interventions in 100 gender critical districts, is sure to make the desired impact on the socio-cultural landscape of our country and pave the way for inclusive and sustained growth,

She had her  schooling in Sister Nivedita School,  a school founded in 1898 by Sister Nivedita or Miss Margaret Elizabeth Noble, an Irish lady, instrumental in spreading girls’ education in India.  It is run by a trust named Ramkrishna Sarada Mission. She passed out class XI from RKSM Sister Nivedita School in the 1970. She had graduated from Serampore College,  under University of Calcutta.The college was founded in 1818 by the Missionaries,  William Carey, Joshua Marshman and William Ward. She  had learnt French from l’institute de Chandernagore, an erstwhile French colony

She  joined the West Bengal Civil Services (executive) in the year 1977 and worked as executive magistrate in WBCS ( executive) in the districts of Burdwan and Hoogly. In 1983, she  joined the  Indian Information Service through Civil Services Exam. Having undergone fundation and professional trainings at LBSNAA, Mussourie and IIMC, New Delhi, joined Press Information Bureau,  Calcutta,  in 1985. Thereafter,  worked in different media units under the Ministry of I&B, in places like Patna, Lucknow,  Dehradun, Bangalore and finally back to Delhi in September,  2006, and posted at PIB, Hqrs. She acted as spokesperson  for the Ministries of Rural Development and Minorities Affairs and and was assigned to look after Press facilities for accredited journalists at PIB hqrs in Delhi

In 2007, joined Rashtrapati Bhavan , as Press Secretary to Ms Pratibha Devi Singh Patil, from 2007 to 2012. She also worked as OSD to the then Governor of Karnataka, Mr T N Chaturvedi. Archana Datta,  also worked as the Director General, news, in both AIR and Doordarshan. 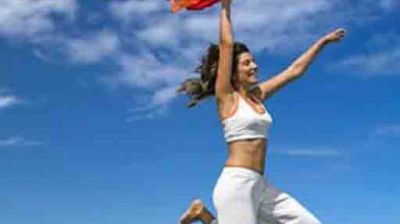 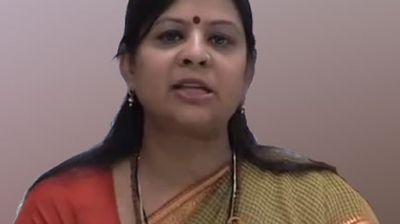 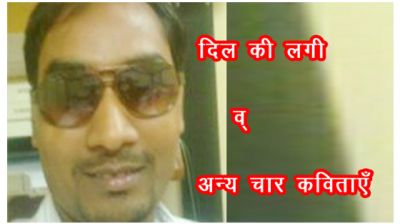