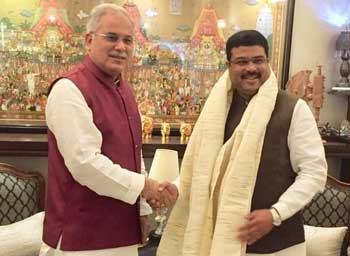 He urged the union minister to consider establishing a regional headquarters of NMDC at Bastar and demanded that locals of Bastar region should be considered for vacant non- managerial posts. He believes that the Centre will respect the feeling of people of Chhattisgarh and immediately provide approval of the demand to ensure speedy development of Bastar region.

The chief minister demanded that permission for producing bio ethanol from surplus food grains should be given to Chhattisgarh for a minimum of 10 years on the basis of the state governments estimate of producing more paddy than expected. He added that the initiative will attract more investment in the field of bio ethanol.

Mentioning that Chhattisgarh is the rice bowl of India, he said rice is grown as the main crop in 43 per cent of the agricultural land in the state. He added that agriculture and related areas have a contribution of more than 20 per cent in the states GSDP. He further stated that production of paddy in Chhattisgarh in the year 2018-19 was 80.40 lakh tonnes. Out of which, the states requirement was of 42.40 lakh tonnes, leaving behind surplus of 38 lakh tones for producing bio-fuel.

During the meeting, the chief minister informed the union minister that under the provisions of the Centres bio fuel policy, 2018, the state government has invited private investments for setting up bio ethanol plants in Chhattisgarh to encourage use of surplus paddy production.

He urged the Centre to ask National Biofuel Coordination Committee to keep the selling price of bio ethanol produced from paddy straw equivalent to that of ethanol produced from biomass such as sugar containing materials as the move will help in promoting production of bio ethanol. The union minister assured the chief minister that a special meeting will be called to discuss the same and necessary action will be taken.

Highlighting the advantages of bio ethanol, Baghel said that production of bio fuel from surplus crop is not only a good alternative to the fast depleting petroleum level but it also makes the engine more efficient and reduces pollution. He stated that the initiative will also encourage farmers to produce more crops. The union minister assured Baghel that the Centre will provide all possible assistance to all his demands. 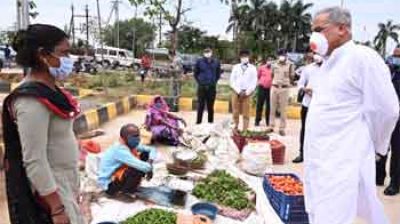 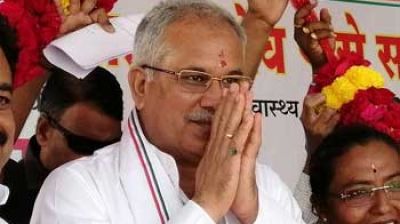