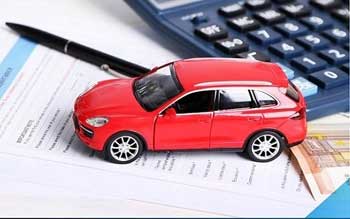 The Car Finance Market in Indonesia witnessed steady growth during the period 2013-2018, owing to an increase in used Car vehicle sales over the same period. The market is dominated by multi finance companies which are backed by various Multinational banks catering majorly to the middle-class population. There are around 200 multi finance companies in Indonesia (OJK Bank Report). Consumer finance accounts for 90% of the total value of multi finance industry.  Trends in the market were largely stimulated by low-interest rates in the Economy. Some challenges faced during the period in the market were the rising loan default rates, unstable vehicle sales and a pullback on loan issues lead by banks, in the latter half of the research period.

By New and Used Cars: The car Finance Market in Indonesia is segmented into New and Used Car finance with New Cars finance holding a majority share of the total Credit Disbursed in the market in 2019P. The major drivers behind the growth include rising sales of used vehicles as well as the decreasing prices of retail models in the market, which makes it attractive to buy cars.

By Tenure of Loan (New Car and Used Cars): The loan tenure selected by the customer depends on factors such as the price of the car, income level of the customer, flexible scheme options and other social factors such as family size and lifestyle of the individual. The maximum tenure allotted for a car loan by both banks and private finance companies is five years for new; however, the situations can change depending on a particular customer. It has been observed that people opting for 4-year loan tenure has accounted for Majority of the new cars financed in 2019P followed by 3 Years of the loan tenure. Used cars usually, the tenure for a loan does not exceed 3 years.

By Banks, NBFCs and Captives (New Car and used Cars): Commercial banks have accounted for a Major Share in the Overall Car Finance Market of Indonesia on the basis of new Cars Financed. Second position in the Market was captured by NBFCs and Multifinance Companies, who operate in the market, the nonfinancial institution’s Captive finance companies have contributed the remaining part of the credit disbursed for new car financing in 2019P.

Recovery of The Indonesian economy, lower financing rates, and improved business environment have positively impacted the consumer confidence index in Indonesia. This has resulted in increasing car sales in 2019P out of which 75.0% are financed by banks and other nonfinancial institutions. In order to stimulate the economic growth of the country, Otoritas Jasa Keuangan (OJK) reduced the down payment requirements in effect increased the Loan to value ratio in 2015. OJK has also introduced the Zero Don Payment option for people with a good Credit Score. This reform is expected to increase the sale of passenger and commercial cars as more number of people can avail car finance.

Competition in the market is extremely fragmented. The Major lending institution types in the market are Banks, Captives, Multi Finance Companies, they hold a Fragmented share in the lending space for New Cars, and similarly banks dominate the Used Car segment but that is again very fragmented.

Over the forecast period, Indonesia Car Finance market is expected to be positive if there is a continuous need for Car among the population. Multiple fin-tech startups have also come up in the country’s financial sector which poses a threat to conventional finance companies and banks. These startups have developed products to augment the digitalization of the banking sector. This includes digital payments, online lending, online aggregation, and remote banking facilities which made the customer lending process uncomplicated and simple further facilitating the car finance market in the country. Banks and Captives are expected to continue their leading position in the market due to their vast networks and range of products. In addition to that, the Indonesia market is likely to witness a decline in Car sales which threatens the growth of a number of loans issued in the future.a