·         Italian is the most preferred cuisine for preparing western Food at home, followed by Continental, American and Mexican

·         Western Sauces and Spreads has emerged as one of the fastest growing Western food categories in India led by Dr. Oetker FunFoods

Global market and opinion research specialist, Ipsos, today revealed findings from a new survey to understand western food consumption patterns among urban Indians. Survey titled ‘The Evolving Indian Palate’, which establishes the growing popularity of western foods among Indians was commissioned by Dr. Oetker which houses FunFoods, a leading brand for Western Sauces and Spreads in India. Survey was conducted with 1000 households across 14 cities who consumed non-home cooked western food in the last 1 month and prepared western food at home, with the help of western sauces or spreads, at least once a month.

Revealing the purpose behind the study, Mr Oliver Mirza, Managing Director & CEO for Dr. Oetker India & SAARC said, “As a leader in Western pleasure food category, Dr. Oetker is architecting the growth for western sauces and spreads in India. It is our endeavour to constantly learn and understand how consumption habits are evolving to further innovate and introduce offerings that appeal to consumers. The Dr. Oetker- Ipsos survey has revealed some interesting insights on the western food consumption habits in urban India. It is indeed encouraging for us to see that consumers today are more open to experimenting with food in their kitchens with Indo-Western fusion food becoming a rage in particular. Even in our new campaign, we are focusing on this aspect of Indo-Western food.”

“We have been growing at a healthy rate on the back of our product and marketing innovations. While many FMCG companies are reporting slowdown, we have witnessed high double-digit growth in 2019. This strongly establishes that western and Indo-Western food prepared at home and are fast evolving as significant new categories in the Indian homes.”

Speaking on the occasion, Sreyoshi Maitra, Executive Director, Ipsos, said, “India is a country with diverse food preferences with starkly different regional cuisines. Despite the entrenched traditional food habits, urban Indians are increasingly becoming open to Western cuisine with more people taking to Western food as a part of their regular consumption regime. Wide access to information, time-pressed and evolving lifestyles, are the key factors to this change.” The advantage that western food has in terms of ease of preparation makes it a convenient choice, the Dr. Oetker - Ipsos survey has further revealed.

“Interestingly, kitchens in the western food consuming Indian households have on an average three western sauces (apart from Ketchup) of which mayonnaise and pasta pizza sauce top the charts. This has contributed to the affinity towards Indo-Western fusion food in India, with western sauces making its way into the repertoire even when desi food is being prepared.” she added.

According to the Dr. Oetker - Ipsos survey, western food has today come all the way to become a choice which is ‘often made at home as a full meal and not just a snack’. This is a significant development considering Indians are perceived to be extremely traditional about their native food choices. As per the findings, 79% of households preparing western food, do it at least once a week, which is mostly consumed during evening or dinner times as a full meal. However, only about 19% of households consume western food during breakfast. Key trigger for the growing interest in western foods is convenience with comments like it is ‘easy to cook’ (68%) and has wide acceptance, with comments like ‘good to share with family and friends’ (57%), ‘Enjoyed by children’ (53%) and ‘Good to serve to guests’(46%).


Another significant finding of the study is the validation of the arrival of the ‘Indo-Western Food’, with western sauces finding their way into Indian cuisines and emergence of ‘fusion food’.  97% of urban Indians preparing western food were found to be mixing western sauces with Indian food, giving rise to combinations such as the use of a western sauce either as a dip, along with Samosas, pakoras, kachori and paratha or western sauces being used while preparing dishes like rice pulao, egg bhurji or paneer bhurji. Among the western sauces used for fusion food, Mayonnaise and Pasta & Pizza sauces are considered most versatile, the first is an ideal blender and the second a taste enhancer and both are easy to customise.


Interestingly, the Indo-Western-Vegetarian is becoming a trend, with more people preparing Italian and Continental as predominantly vegetarian meals (66%). American food such as burgers are either prepared as non-veg or a mix of both veg and non-veg.

However, western food is not relegated to special or celebratory occasions. 70% respondents claim that western food is more likely to be a meal replacement rather than being limited to occasions owing to its ease of preparation.

Among the western food choices, Italian is the most preferred cuisine prepared at home (36% preference), followed by continental (30%) and American (30%) and Mexican (3%). However, American is the most tried cuisine to prepare at home at 72%. Also, Italian is preferred more for dinner (28%) while American is preferred most for breakfast (29%). What works in favour of burgers, is that they are easiest to prepare, while the preference for Pasta and Pizzas emanate from their taste and pester power. Pizzas and children have a strong bond – the study found that Pizza is the No. 1 choice of food prepared by families with kids (33%) followed by Pasta (24%).

Expectedly, younger people are embracing western foods more. As a result, 7 out of 10 western food consumers are below 30 years of age, with the western food drive being led mostly by the youth and children in their families. Most often, the youth take to the kitchens to prepare western foods for themselves rather than to feed others, as evident from 23% weight going in favour of mostly single people in age group of 18-25 years cooking/ preparing meals it for the ‘me-time’.
Read the full article
Tags: food SAARC Research Oliver Mirza Managing Director & CEO for Dr. Oetker India & SAARC

India electricity demand is expected to witness a growth of... 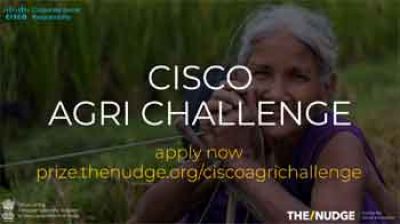 It will support participants in developing, testing, and scaling solutions... 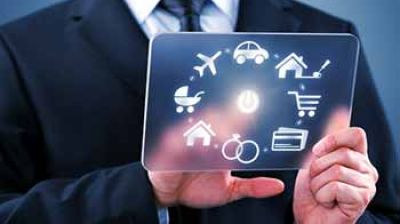 68% of borrowers are unaware of their CIBIL score, reveals... 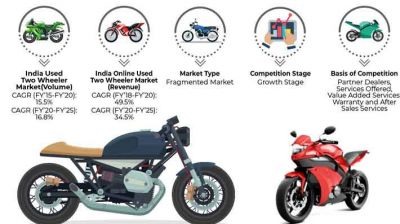 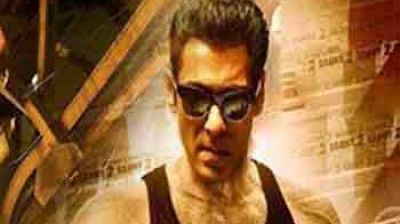