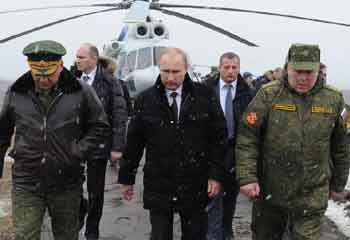 NATO Secretary-General Jens Stoltenberg said the coalition was “closely monitoring” Russia’s nuclear forces and that any attack against the allies’ critical infrastructure would be “countered with a united and resolute response”. This information was given in media reports. “The NATO military alliance is ‘not a party’ to the conflict in Ukraine, but our support is playing an important role,” Stoltenberg said during a news conference, according to The Guardian.

He said the allies remained united in support of Ukraine’s sovereignty and self-defense.

Stoltenberg told reporters that Ukraine has momentum and continues to make significant gains.

As The Guardian reports, Russia is carrying out horrific and indiscriminate attacks on Ukrainian civilians and critical infrastructure.

“President Vladimir Putin has ‘failed in Ukraine,’ and his efforts, partial mobilization and reckless rhetoric signal the beginning of a nuclear war,” he said.

Stoltenberg said Russia knows that nuclear war cannot be won and should never be fought. We are closely monitoring Russia’s nuclear forces. But we have not seen any change in Russia’s position.

The G-7 leaders have condemned Russia’s recent missile strikes in Ukraine in the “strongest possible terms”, and vowed to stand firmly with Kyiv, The Guardian reported.

“Indiscriminate attacks on innocent civilian populations are a war crime,” he said in a joint statement after his meeting with Ukrainian President Volodymyr Zelensky.

He also said he would never recognize Russia’s illegal occupation of Ukrainian territory or the “sham referendum” that Russia uses to justify it. PLC/GT