India’s space programme is the best example of his vision of scale, speed and skill : Prime Minister

INVC, Sriharikota,
Andhra Pradesh, The Prime Minister, Shri Narendra Modi, today witnessed the successful launch of the Polar Satellite Launch Vehicle – PSLV-C23 from Sriharikota. In his congratulatory address at the Mission Control Centre after the landmark launch, the Prime Minister called upon the space community to proactively engage with all stakeholders to maximize the use of space science in governance and development. India must fully harness this expertise in space technology in the developmental process for social change, economic development and resource conservation, he added. Speaking of India’s age-old ethos of the whole world being one family, the Prime Minister said India’s space programme is driven by a vision of service to humanity, not a desire of power. He said India has a rich heritage of science and technology, including space. Shri Modi said the works of our ancestors, who included visionaries like Bhaskaracharya and Aryabhata, still continue to inspire generations of scientists. He added that India must share the fruits of its advancement in space technology with the developing world, and neighbours in particular. He called upon the space community to take up the challenge of developing a SAARC satellite that can be dedicated to our neighbourhood as a gift from India. Shri Modi said we can be proud of the Indian space programme, which is fully indigenous, developed in the face of great international pressure and hurdles. He described it as a domain where “we have pushed beyond mediocrity to achieve excellence.” He said the moon mission was inspired by the vision of former Prime Minister, Shri Atal Bihari Vajpayee. Among ongoing projects, Shri Modi referred to the Mars Mission, and the satellite-based navigation system. Referring to the benefits of space technology for the common man, the Prime Minister said it drives modern communication, empowers children in remote villages with quality education, and ensures quality healthcare to all, through telemedicine. He said it has a critical role in realizing the vision of a Digital India – the power of 125 crore connected Indians. The Prime Minister said continued progress in space must remain a mission of high priority. He called for developing more advanced satellites and expanding our satellite footprint. He said India has the potential to be the launch service provider of the world and must work towards this goal. The Prime Minister called for involving India’s youth with space. Shri Modi 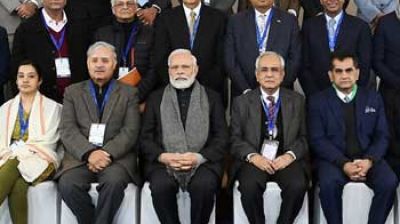 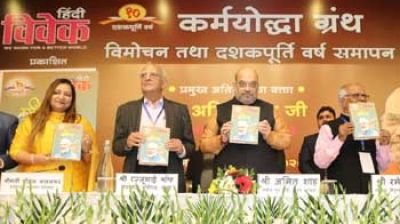