Home Business India’s IT service sector is now gearing up 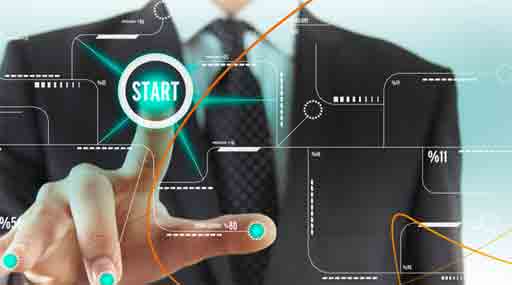 Union Minister of Commerce & Industry and Railways, Piyush Goyal,held a meeting with senior managers of IT companies in New Delhi yesterday. The meeting was held to discuss opportunities for Indian IT companies to invest and grow their business in new markets like the Nordic countries, Eastern and Central Europe, Canada, Australia and Africa and also explore avenues for greater investments and growth in East Asian markets like China, Japan and Korea.

India’s IT industry contributed 7.7% to the country’s GDP in FY 2017 and is expected to contribute 10% of India’s GDP by 2025. According to NASSCOM, the sector aggregated revenues of USD 160 billion in 2017. The United States account for 2/3rds of India’s IT services exports.

India’s IT and ITeS industry grew to USD 181 billion in 2018-19. Exports from the industry increased to USD 137 billion in FY 2019 while domestic revenues (including hardware) advanced to USD 44 billion.

During the discussions with Commerce and Industry Ministry, the representatives of the companies informed that although the Chinese IT services market is the third largest in the world India’s investments and business have not been able to grow in China due to various non-tariff barriers and challenges faced by Indian companies to set up their entity in China. Marketaccess issues that create hurdles for Indian companies to open their business in China was also discussed.

Commerce and Industry Minister during the discussions requested National Association of Software and Services Companies (NASSCOM) and the senior managers of the companies attending the meeting to share specific data regarding non-tariff barriers being faced by them inChina and other East Asian markets. Government of India will give all support for the global growth of India’s flagship industry and will make all efforts to facilitate the IT service industry and for that it is ready to engage with China and also Japan and Korea, informed Piyush Goyal.

Commerce and Industry Minister urged India’s IT services companies to explore other markets and not be inhibited in operating in countries that are non-English speaking. He urged the top five Indian IT firms to create a corpus that will be spent on training manpower in languages like Mandarin, Japanese and Korean for accessing the markets in these countries.

India is the largest exporter of IT services in the world and exports dominate the Indian IT industry and constitutes about 79% of the total revenue of theindustry. India’s IT service sector is now gearing up to be the digital partner of intelligent automation like smart algorithms, bots and AI tools, which arefast becoming a part of every industry and an increasingly digital world.