Home Health India’s active cases today stand at 4,35,603, much below the 5-lakh mark 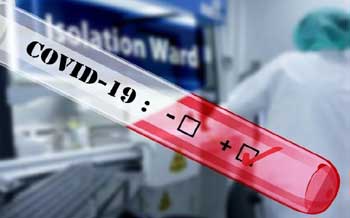 India’s active cases today stand at 4,35,603, much below the 5-lakh mark. The share of Active Cases in the total Positive Cases has further shrunk to 4.60%.

The daily recoveries exceeding new cases has ensured a total net reduction of the Active Caseload. A net decline of 11,349 cases has been recorded in the total active cases in last 24 hours. While some States (Kerala, Delhi, Karnataka, Chhattisgarh etc) have witnessed a decline in the active caseload in the past 24 hours, others such as Uttarakhand, Gujarat, Assam and Goa have reported an addition to their caseload. The total recovered cases stand at 88,89,585 which translates to a Recovery Rate of 93.94%. The gap between Recovered cases and Active cases continues to grow and presently stands at 84,53,982.

76.82% of the new recovered cases are observed to be concentrated in 10 States/UTs. 22.4% of new fatalities reported are from Delhi which reported 108 deaths. Maharashtra and West Bengal follow with 80 and 48 new deaths, respectively.