Addressing the session, Shri Azad said the Indian Red Cross Society contributes 10 per cent of the total blood needs of India through its 166 blood banks across the country. Volunteers and members of Indian Red Cross Society have been actively spreading the message of the importance of voluntary blood donation. The branches of the society across the country have been organizing blood donation camps on a regular basis. The model blood bank at national headquarters, inaugurated in 2010, has been awarded ISO accreditation for quality management systems by the Bureau of Indian Standards, and is in the process of obtaining accreditation from NABH / NABL. This blood bank collects nearly 30,000 units of blood through more than 300 blood donation camps held throughout the year; 88 per cent of which is donated voluntarily. This blood bank also maintains records of about 50,000 potential donors to meet emergency requirements.

Shri Azad said a memorandum of understanding with the Turkish Red Crescent Society has been signed illustrating a commitment from both sides to work together on a variety of mutual interest issues, particularly in disaster response and development. The partnerships with several well-wishers from the corporate world, like Accenture, Coca Cola, Fed-Ex, Nestle and State Bank of India are very handy not only in supporting us in times of disaster, but also in helping to build our capacity. Within the Red Cross Movement, both the International Federation of Red Cross and Red Crescent Societies (IFRC) and the International Committee of the Red Cross (ICRC) have continued to work with Indian Red Cross Society to achieve greatest impact of our collective voluntary work. The American Red Cross and DFID, UK, have long been our partners and have eagerly engaged with us in newer areas like the measles catch up programme.
Read the full article
Tags: health invc Union Minister for Health and Family Welfare Ghulam Nabi Azad Indian Red Cross Society free news agency of india heart care free health news Help Me Indian Red Cross Society contributes 10 per cent of the total blood needs of India : Azad 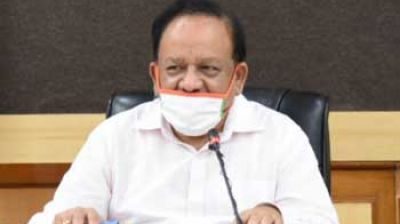 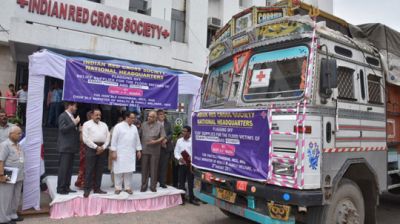