Home International Indian Navy deployed its surface and air assets for the SAR of... 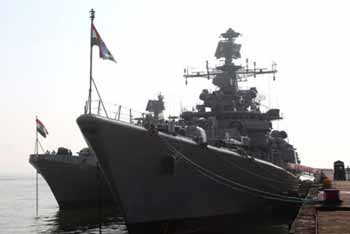 Indian Navy deployed its surface and air assets for the Search and Rescue (SAR) of missing fishermen at sea off the coast of Mangalore. It was reported that an Indian Fishing Boat ‘IFB Rabah’ with 14 fishermen embarked had suffered a collision with a Singapore flag merchant ship ‘MV APL Le Havre’, 40 nautical miles west of New Mangalore at about 0200h on 13 Apr 21. Indian Naval Ships Tillanchang and Kalpeni along with naval aircraft from Goa were deployed in the area to augment SAR efforts of Coast Guard vessels.

While two rescued fishermen have been shifted to safety ashore, three bodies have been recovered thus far. The search is on for the remaining nine fishermen.

To assist in the rescue efforts INS Subhadra, a patrol vessel, was sailed from Karwar with a Diving Team embarked. The ship arrived on scene  in the early hours of 14 Apr 21. Two specialist diving teams are undertaking snagline search in the area in an effort to locate the sunk fishing craft.