There have been many cases in the past where Muslim journalists, academics, artists and students have been abused, vilified, and targeted by the state and its agencies

The controversy surrounding the arrest of New Delhi-based journalist Mohammad Ahmad Kazmi by Delhi Police’s notorious Special Cell in connection with the recent attack on an Israeli diplomat’s car in New Delhi has again brought to the fore the disconcerting issue of ‘gratuitous witch-hunts and persecution’ of Muslims in India. The arrest of the 50-year old scribe seems to have jolted the Muslim community out of slumber and forced them out on the streets across the country. It has galvanised the community and brought together many warring groups and factions under one banner. It has also re-ignited the age-old debate about the freedom of expression and fundamental human rights, exposing the dubious nature of such arbitrary arrests made on flimsy grounds.

On March 26, a massive protest demonstration was held jointly by many Muslim organisations outside the Indian Parliament, protesting against the ‘wilful’ targeting of Muslims by Indian police. The march was organised under the banner of the Coordination Committee of Indian Muslims (CCIM), comprising of Jamaat-e-Islami Hind, Jamiat Ulema-e-Hind, All India Muslim Majlis-e-Mushawarat, Markazi Jamiat Ahl-e-Hadees, Indian Islahi Movement, Milli Council, National Council of Shia Ulema, Shia Point, Majils-e-Ulema-e-Islam, Muslim Political Council of India, Jamia Teachers Solidarity Association, Jamia Coordination Committee, Welfare Party of India, among others. The large mass of protestors demanded the unconditional and immediate release of Kazmi and called for an end to arrests and persecution of Muslim youth across the country. Thousands of Muslim youth, carrying banners, chanting slogans, wearing black armbands and simmering with anger, assembled on Parliament Street and demanded the disbanding of the notorious Special Cell of Delhi Police. The protesters, blurring the lines of ethnicity and religion, including many high-profile politicians, religious clerics, community leaders and senior members of civil society from across the country, unequivocally condemned the targeting and persecution of Indian Muslims by police. Speakers said Kazmi had been framed on dubious charges and unsubstantiated evidence, because the police wanted a scapegoat. “He is a staunch critic of Israel and the US and has been making frequent trips to West Asia because of his professional commitments, so he was a perfect candidate for them to be framed and implicated in the case,” said Kalbe Jawad Naqvi, a prominent Shia cleric. A few days earlier, Jawad led a massive protest rally in Lucknow, UP, which saw the participation of around one hundred thousand people from all walks of life. The arrest of Kazmi on mere suspicion reveals a familiar pattern, said one of the speakers. “There have been many cases in the past where Muslim journalists, academics, artists and students have been abused, vilified, and targeted by the state and its agencies. In most of the cases, the ‘accused’ were declared ‘innocent’ and were acquitted after months and years of incarceration. Some were declared innocent posthumously.” Imagine the horror of walking out of jail after 14 long years because the police failed to produce sufficient evidence against the accused. It happened with four Kashmiri men, who were arrested in connection with the 1996 Lajpat Nagar blasts and were released from jail in 2010 after 14 years as ‘innocent’ men. The case of Delhi University Professor S A R Geelani who was framed in the 2001 parliament attack case and later given a clean shit, had hogged the headlines a few years back. According to Geelani himself, he was targeted because he sported a beard, was a Muslim, a Kashmiri and taught Arabic. In the case of Afzal Guru, there are more questions than answers. Guru has been sentenced to death in the parliament attack case to satisfy the ‘collective conscience of society’. What makes the ‘death sentence’ gross and disproportionate, according to legal experts, is the fact that Guru’s case is riddled with many loopholes and he was not defended properly in court. Even legal luminaries like Ram Jethmalani, Praful Bidwai and A G Noorani have spoken about it. The case of another Kashmiri journalist Iftikhar Gilani is more peculiar. He was arrested in June 2002 for allegedly ‘violating’ the Indian Official Secrets Act 1923. He was accused of being a Pakistani spy after police found some ‘documents’ from his possession. Gilani says the documents were not incriminating in nature, were freely available on the internet and could be downloaded easily. He spent nine months behind bars and was finally acquitted for lack of evidence. It was not merely a coincidence that he happened to be the son-in-law of Syed Ali Shah Geelani, the veteran separatist hawk in Kashmir, who called for an end to the Indian occupation in Kashmir. (To be continued)

The writer is a New Delhi based journalist working with The Hindustan Times. He can be reached at armaan.journo@gmail.com 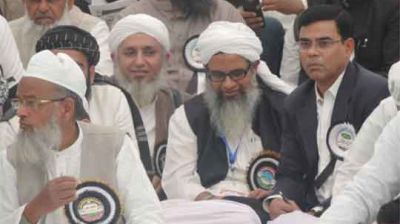 The evolution of Facilities Management – from backend to impacting...