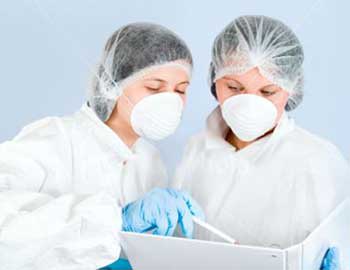 Dr Chandrashekar P, Sr. Consultant & HOD – Orthopaedics at Sakra World Hospital created a milestone in knee surgery along with his team of doctors by devising a new technique to create a portal/passage. This surgery has been developed to approach the upper portion of the outside ligaments of the knee using keyhole surgery technique. Clinically referred to as Direct Lateral Portal and also known as “Bengaluru Chandrashekhar Portal”, it is an extension of an arthroscopic surgery developed for the first time in the world to address the health problems occurring in the Outside or Lateral Collateral Ligament (LCL) of the knee. LCL are the two surrounding connective tissues that connect the knee bones together, keeping it stable.

This newly devised portal serves multiple purposes – it can be used to address the pathologies of all types of injuries or broken LCL, Avulsion Fractures, Calcium Apatite Deposition Disease (CADD), Popliteus and Anterolateral Ligament (ALL) Reconstruction.

Despite medical and surgical advances in the field of knee surgery, the normal practice has been through open surgery. No defined portal or entry technique was developed till date to reach the area in the LCL of the knee. There is a need to create a passage to address the different pathologies. But, narrow ligaments and multiple blood vessels in the knee pose a significant challenge for surgeons to operate. Using keyhole surgery continues to be difficult while trying to reach the upper part of the pathology and calcific deposit in the LCL. After years of research, Dr Chandrashekhar P and his team at Sakra World Hospital discovered a new passage to reach the point in the LCL without any struggle using keyhole surgery technique.

This technique was conceptualized to prevent tearing of the ligaments during open surgery and was conducted on a cadaver study on both the knees at a cadaver lab and further dissected to know the safety of the portal. The process involves incision to reach the part in the outer ligaments of the knee without damaging the LCL fibres and peroneal nerve (a branch of sciatic nerve that originates from the lower spine required for movement) while making the portal. Cases of pathologies in the LCL are rare and occur in about 1 in 1,000 cases.

Speaking about his discovery of the technique, Dr Chandrashekar P., Sr. Consultant & HOD – Orthopaedics, Sakra World Hospital said, “Almost 70% of the knee and joint surgeries are conducted through keyhole surgery since they are less painful, involves less incision and scar, ensures speedy recovery and reduced hospital stay. For the past three years, we have been constantly researching to find out a new portal to address the pathologies in the LCL. Without the knowledge about the portals, it becomes difficult to reach to this particular area of the knee and joint. With this new technique, the aim is to create an entry to the LCL region of the knee without any hassle. This new discovery is dedicated to the people of Karnataka and has been named as ‘Direct Lateral Portal/Bengaluru Chandrashekhar Poral’.”

“My health condition had started to worsen over the time despite undergoing various treatments. My movement had become restricted, due to which I become highly dependent on my family members to carry out my daily routines. I met Dr Chandrashekhar at Sakra World Hospital who explained the health condition I was suffering from in a simpler way and cleared my doubts about the new type of surgery that he suggested to conduct. Not only the surgery improved my health significantly, it helped me regain my strength to move without any support. I would like to thank Dr Chandrashekhar for giving me a new lease of life,” said, the patient.

The new technique has been accepted and published in the Global Journal of Medical Research that serves as a knowledge-sharing purpose for the medical fraternities globally.