Built as world’s biggest trade agreement, the Regional Comprehensive Economic Partnership (RCEP) comprising of 10 ASEAN countries with its 6 Free Trade Agreement (FTA) partners including India, China, Australia, New Zealand, Japan and South Korea are likely to completely transform the global trade dynamics.  However, with the final round of RCEP negotiations due in November 2019, concerns have been flagged by the Indian Chemical Council (ICC) to prevent misuse of ‘Rules of Origin’ since it places the members of RCEP into a quasi-bloc with higher dominance of China. For India, the biggest issue is to protect the economy from the flooding of cheap imports of Chinese chemicals, creating an enormous disadvantage for the Indian Chemical industry. The Indian Chemical industry is an industry-of-industries with a combined turnover of USD 150 billion.

Welcoming the Government’s move on proactively seeking feedback from the domestic industry on the ongoing RCEP negotiations and making sincere efforts to safeguard the interests of the Indian manufacturers, the ICC felt the Indian Government has been moving cautiously and felt it was unclear if their demand for applying product-specific ‘Rules of Origin’ under RCEP to avoid unscrupulous exporting of negative list goods to India would be implemented. Rules of Origin under RCEP have a criterion which can potentially prove to be damaging for products with multiple stage production process. Termed as ‘Produced Entirely’ It suggests that in a multi stage production process if all the inputs in the final production stage are from RCEP countries, its origin will be conferred.

Elaborating on the issue, Mr. H.S. Karangle, Director General of Indian Chemical Council says, “The liberal origin rules adopted under the RCEP coupled with the ‘regional cumulation’ rule would permit the latter country to be treated as the country of origin and accordingly, the goods imported into India from this country would get preferential treatment, as the product figures in the positive list for tariff liberalization for that country. In this way, MFN duties otherwise applicable on the goods imported from China can easily be circumvented.”

From the industry’s point of view, th e better origin rule should be such that the originating status goods would be conferred by applying the twin criteria of 40% value addition plus change in tariff sub-heading/heading, as adopted under ASEAN-India FTA and SAFTA.  Another option worth exploring would be to confer origin based on 40% value addition criterion only, as adopted under ASEAN-China FTA. This would be much better than the existing agreed upon rule, under which origin shall be conferred by applying one of the two criteria, via 40% value addition or change in CTH.
Read the full article
Tags: Indian Chemical Council egional Comprehensive Economic Partnership H.S. Karangle Director General of Indian Chemical Council ASEAN-China FTA 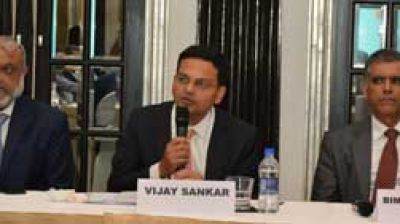 Indian Chemical Industry expects to double its size at USD...