INVC NEWS
New Delhi,
On 09 July, a dead body was recovered from the Burzil Nala close to Line of Control near Acchura village. The Indian Army immediately swing into action and were able to establish the identity of the young boy through civil administration as a seven year old Abid Ahmad Sheikh resident of Minimarg across the Line of Control in Gilgit region.

As per the reports on social media, the young Abid was missing since 08 Jul 19 and is likely to have slipped into Burzil Nala. In accordance to its ethos, as a humanitarian gesture Indian Army established contact with Pakistan Army on hot line and also convinced the civil administration to delay the last rites. The local religious head and village elders were taken in confidence to support the noble gesture of handing over the dead body to the family of the deceased young boy at earliest. The locals offered prayers for the deceased at the Dawar Mosque. The social media kept buzzing throughout the day with humanitarian requests to hand over the dead body of the young Abid from both sides of the line of control.

The locals appreciated the efforts of Indian Army to assuage the distress of the family members on Humanitarian grounds on Pakistan side of LC.

The development on the LAC in Ladakh was a small... 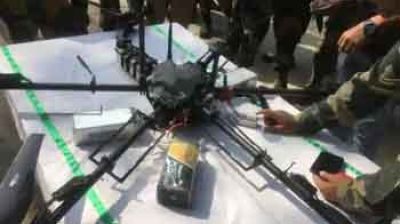