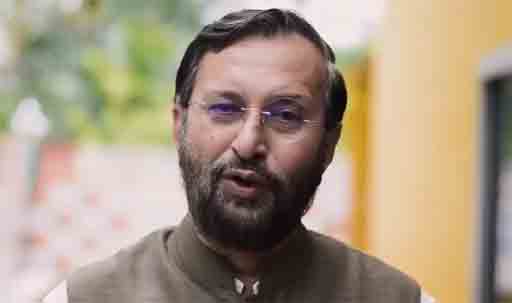 Union Minister of Environment, Forest and Climate Change and Information and Broadcasting Shri Prakash Javadekar, who is in Sao Paulo, Brazil to attend the Ministerial meetings of BRICS and BASIC countries, said that with the Prime Minister Shri Narendra Modi renewing his appeal to the people, in his Independence Day speech, to make India free of one time use plastics, the Ministry of Environment, Forest and Climate Change will review all the initiatives and campaigns in this regard and chalk out a concrete plan to realise the target.

"In response to Prime Minister's call on India’s 73rd Independence day, to make India free of single use plastics, a massive public campaign will be launched engaging all stakeholders. In this regard a series of meetings will be done with all stakeholders including state governments to chalk out a concrete plan to make it a people's campaign to realise the ultimate target," Mr Javadekar said in a statement from Sao Paulo in Brazil.

Earlier, in a tweet message the Minister said : "PM @narendramodi today called for a campaign to make India free of single use plastics. Let us all strive together to make it happen".

In a series of tweet messages, Mr Javadekar said the Prime Minister Shri Narendra Modi in his Independence Day speech had touched upon all important issues including development, Sabka Vishwas, Security, Population explosion and provision of potable water in every household.

"Prime Minister has given a strong message — in the last five years the Government tried to meet the necessities of the people, but now will strive to meet the aspirations of the people," the Minister said adding further that ,”PM in his speech laid a roadmap for 5 years…. I am sure under his dynamic leadership India would become a 5 trillion dollar economy sooner than later."