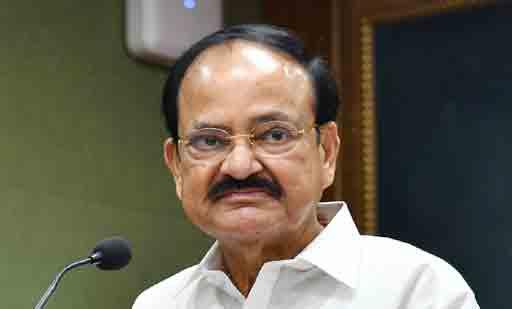 The Vice President of India, Shri M Venkaiah Naidu today said that India would always be grateful to Sardar Patel for ensuring that every state and citizen had a stake in the developmental process of the independent nation.

He stressed that the future generation, especially the youth, must be taught to remember him with admiration, respect, and gratitude and understand his grand vision for India.

Speaking at the Platinum Jubilee celebrations of Charutar Vidya Mandal in Gujarat, the Vice President said that Sardar Patel firmly believed in empowering the people living in rural areas by providing value-based education and that was thisinstitute’s main objective.

The Vice President said that Sardar Patel, who understood the ideology of Grama Swarajya of Gandhi Ji prepared the ground for the empowerment of villagers by giving shape to Vidya Mandal at the tri-junction of agrarian neighborhoods – Karamsad, Bakrol, and Anand.

“He believed that the development of villages or rural India was critical to close the gap between the “haves and have-nots”. He wanted to translate the Gandhian vision of village republics into a reality,” he added.

On the Occasion the Vice President urged upon the higher educational institutions such as the Charutar Vidya Mandal to take special initiatives to create value addition to the craftsmanship of artisans by upgrading their skills, creating marketing avenues for their products and providing them the needed support. He asserted that there was every need to foster creativity, innovation, quality consciousness and ready marketability of products.

Given the geographical positioning of the University, Shri Naidu wanted the University to lay special emphasis on rural livelihoods and introduce courses to empower rural youth, especially women.

He also suggested a special course on exploring ways and means to make villages self-sustainable must be explored by the university. The focus in this would be on rural entrepreneurship and food processing, he added.

Expressing concern over the rise in the cost of higher education, the Vice President suggested taking measures to make higher education affordable for the most vulnerable groups.

Stating that an enabling ecosystem needs to be created within the university or educational institutions to enhance the spirit of research and innovation, the Vice President said that students must be provided with the 21st Century education system that enables the student to think out of the box, allows him or her to acquire the spirit of entrepreneurship.

“Students must be empowered to become job creators and equip them with the knowledge and skills required for setting up rural enterprises,” he added.

The Vice President declared the Charutar Vidya Mandal as a university during the 75th foundation year celebrations and said that the university status granted to it was recognition to its 74 years long service to the nation.

On this occasion, the Vice President also highlighted the fact that the number of visitors to ‘Statue of unity’ at Kevadia is double the number of people visiting ‘Statue of Liberty’ in New York. He also suggested that rail and air connectivity should be increased to the Kevadia so that more and more people could visit the place and draw inspiration from the life of Sardar Patel.

On economic scenario, Shri Naidu said that whatever signs of slowdown are appearing, that are only temporary as fundamentals of Indian economy are strong. He exuded confidence that India will become world’s third largest economy.