WTO’s response to the COVID-19 pandemic will be an important area of discussion at the 12th WTO Ministerial Conference to be held later this month which will also evaluate the WTO’s preparedness for other such pandemics in the future. This was discussed at the second webinar of the “Reforming WTO for the 21st Century” series organized by ICRIER on Monday.

The panellists also discussed the need for compulsory licensing for the manufacture of vaccines and the proposal for a temporary waiver of Intellectual Property Rights to effectively tackle the pandemic. They unanimously agreed that India needs to play a strategic role at the Ministerial Conference.

The focus of the webinar was the upcoming 12th Ministerial Conference that is to be held in Geneva, Switzerland from November 30 to December 3.

Speaking at the webinar, Abhijit Das, Head and Professor, Centre for WTO Studies, Indian Institute of Foreign Trade, said that while there were a lot of issues that needed to be addressed at the WTO, the two issues that should necessarily take priority in order to have a successful Ministerial Conference were those of food security and equitable access to vaccines. This was because of the large developmental implications these issues held.

All the panellists at the webinar unanimously agreed that the WTO was going to remain relevant in the coming future. However, there were certain issues that needed to be addressed in order to make sure that it remained functioning in the areas where it is currently not functioning.

Speaking at the webinar, Deepak Mishra, Director and CEO, ICRIER said, “As is the case in the recent COP 26 Summit held in Glasgow, we hope India will play a strategic role in achieving a successful outcome at the 12th Ministerial Conference of the WTO.”

The webinar panellists were also hopeful that there could be an agreement on the issue of fisheries’ subsidies which has been in the foreground for a long time. It was noted that there were vast differences when it came to different levels of subsidies and these needed to be reconciled to arrive at a distinct outcome. Antonio mentioned said that as per the EU, they can expect a ban on illegal and unreported fishing and also on illegal subsidies. However, he maintained that the EU shall be open to providing certain flexibilities to smaller and relatively dependent nations.

Agriculture was another issue that was discussed at the webinar, particularly the issue of Public Stockholding. Public stockholding is, in a very basic sense, a way for governments of various nations to buy and stockpile food to distribute to people who are in need of the same. The reason behind it being in the focus in WTO’s recent discussions is that this policy is seen to be trade distorting as the governments practically guarantee farmers to buy their produce at predetermined prices.

Further, there was also agreement to include WTO reform and majorly, the institutional reform of the organisation as a priority. The need to work on solving the issues around all the three pillars of the WTO i.e, the negotiating, the monitoring and the dispute settlement function was emphasized. The need for an update in the WTO rulebook to explicitly cater to new issues like digital trade and protectionism was also discussed.

This survey will eventually help in reducing boundary disputes amongst... 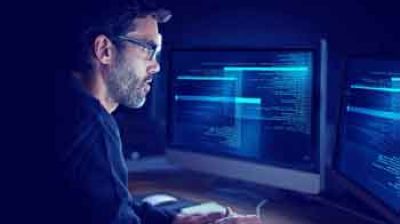 Strict implementation of public health and social measures a must...