Addressing the 9th Episode of ‘Mann Ki Baat 2.0’, Prime Minister Shri Narendra Modi said the legacy that we inherited from our ancestors, the knowledge and values that have 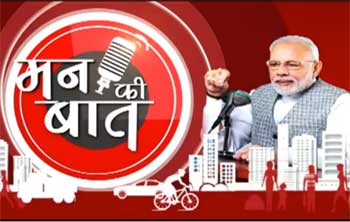 permeated entail compassion toward each and every living being and boundless love for nature, is all a part of our rich cultural heritage.

Mentioning India's efforts to create sustainable habitats for migratory species which was lauded in the recent COP-13 convention in Gandhinagar, the Prime Minister said, “Throughout the year, India is home to many migratory species. More than 500 varieties of birds fly in from varied regions.” He said, India will chair the COP convention on migratory species for the next three years and urged the people to share their suggestions on such endeavours for lending more substance to this opportunity, making it more useful. He also mentioned a rare fish species in Meghalaya. He said, “We are surrounded by many such mysteries, which are still undiscovered. To discover such a phenomenal enigma calls for fierce detective passion”.

Quoting Tamil poetess Avvaiyar “Katrathu Kaiman Alavu Kallathathu Ulagalavu” which means, what we know is but just a handful of sand; what we do not know is like a universe in itself, Prime Minister said similar is the case with the biodiversity of this country. The more you know, the more you realize the magnitude of what you do not know. He called for preserving our rich biodiversity and referred to it as a unique treasure for the entire human race.
Read the full article
Tags: Narendra Modi Katrathu Kaiman Alavu Kallathathu Ulagalavu MannKiBaat migratory species 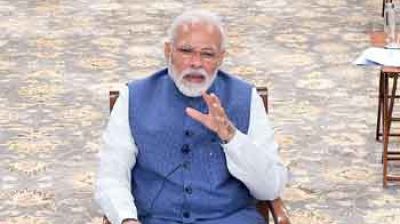