The more you know Vietnam the more you fall in love with Vietnam. The bond between India and Vietnam is ancient and special. The relations between the two are timeless, time tested and beyond trade and economic relations. President Ho-Chi-Minh has considered this relationship as a “Cloudless sky”.  The friendship between the two countries has emerged through the commonalities of the struggle for independence from foreign rule and strong ancient geo-cultural bond.

In the first century, Indian civilization and culture has strongly influenced Southeast Asian countries. The impact of Hinduism and Buddhism were high enough to establish a cultural unity among the countries in the region. In the 5th and 13th Century, Southeast Asia had powerful Indian colonial empires and it was extremely active in Buddhist art and architectural developments. The ancient Indian Vedic & Buddhist culture and philosophy acted as a common thread to connect Myanmar, Thailand, Indonesia, Malaya, Vietnam, Laos and Cambodia. Indian scripts such as Pali and Sanskrit are found in Southeast Asian islands ranging from Sumatra, Java, Bali, south Sulawesi and the Philippines. The Champa kingdom had a profound impact on Vietnamese art and architecture, there are several other similarities may exist due to cultural exchange between India and Vietnam that has taken place in mood of peace and have helped to broaden Vietnamese culture.

The history of Vietnam and its struggle itself is an example to the world. This small country has been around for roughly 2000 years has defeated the western powers through its tactics, patriotism and determinations. Vietnam has fought war with China, France and America. They have also fought well with Japan invaders during II World War. The infamous war “The Vietnam war” also known as "American War" in Vietnam has claimed millions of lives during 1955-1975 and is America’s  one of the darkest histories.

I am struggling, you are active

You are in jail, I am in prison

Ten thousand miles apart, we have not met

We communicate without words.

In 1991, the Indian government came up with the Look East policy to develop and strengthen economic and strategic relations with the nations of Southeast Asia in order to emerge as a regional power. This aspect of India’s foreign policy is also counterbalancing the expansionist policy of the People's Republic of China in the region. Since 2014, Prime Minister Narendra Modi has brought significant shifts in foreign policy (from Look East to Act East policy) to strengthen India’s global outreach. India aims to enhance regional cooperation by means of important issues like trade, connectivity, development cooperation and cultural ties. Vietnam has actively supported the Act East policy as it facilitates India’s larger role in the region.

The current pressing issue of South China Sea is a global eye catch. From long time China is militarising the South China Sea and trying to intimidate its Asian neighbours. China claims almost all the energy-rich waters of the South China Sea as its territory and has built artificial islands too, but neighbours Brunei, Malaysia, the Philippines, Taiwan and Vietnam also have claims. Earlier, oil and gas exploration in the South China Sea already saw a violent dispute in the past from Vietnam. Recently, the tensions were high due to Chinese survey-ship Haiyang Dizhi 8, which repeatedly violated Vietnam’s exclusive economic zones (VEZ) while searching for oil and gas reserves. It headed back to China recently from VEZ.

So, to avoid any adverse situation in the South China Sea in future, Vietnam is continuously working effectively to strengthen its navy and to build defence and diplomatic ties with other nations specifically India and the United States. Vietnam is also a part of MILAN, which is India’s multinational naval exercise, is hosted by Indian Navy under the aegis of Andaman and Nicobar Command. Milan-2020 is scheduled to be held at Vishakhapatnam in March 2020, for which 41 countries have been invited.  Also, India offers scholarships to 50 Vietnamese defence personnel under the Indian Technical and Economic Cooperation (ITEC) programme every year. It has provided Vietnam a $100 million concessional line of credit for the procurement of defence equipment. India and Vietnam signed a formal Defence Protocol in 2000 which encompassed the sale of military helicopters, equipment for repair of Vietnamese aircraft, and training initiatives for Vietnam’s military personnel.

Vietnam celebrated the third Anniversary of Vietnam-India Comprehensive Strategic Partnership and over 32 programs commenced successfully to promote trade, defence and security, investment, tourism, and Cultural-friendship exchanges in 5-states of India to commemorate Vietnam’s Month in (November 2019) in India. It was successfully organised throughout the month by Vietnam Embassy in India in partnership with Ministry of Foreign Affairs, Government of Vietnam.

India is emerging as a powerful player in the South Asia region and the robust cooperation between India and Vietnam shows that Vietnam has become a special friend in the region and an active partner in the progress of India. 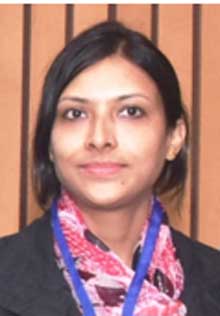 Mahjabin Banu holds Ph.D. in the area of international migration and ILO Conventions. She has worked in the India Centre for Migration (ICM) under the Ministry of Overseas Indian Affairs (now a part of MEA). Prior to this, she held teaching position as an Assistant Professor and has also worked in corporate in the field of human resources. She also possesses post-graduate qualification in Business Management and a Masters degree in Labour Management. She has also presented papers in International conferences, published papers in refereed journals, chapter in edited books and article in magazine. Currently, she is visiting fellow at Centre for Vietnam Studies and working on India-Vietnam engagements. 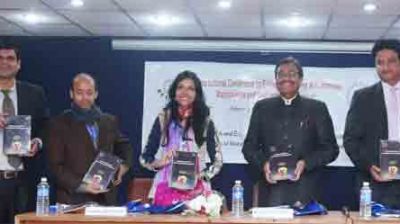 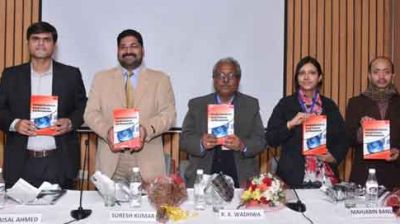 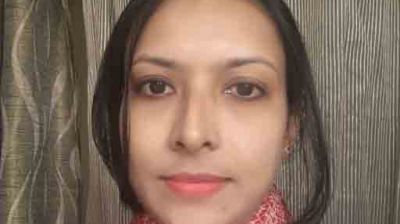 Q & A With Dr. Mahjabin Banu, President, Society for...

You are a pool of knowledge... An inspiration for youth.