INVC NEWS New Delhi, Following a successful campaign in New Zealand, the India Men Hockey Team arrived with a feeling of pride at the Indira Gandhi International Airport, New Delhi last night. The team scored a resounding 2-0 win in first two games against New Zealand A and secured a series win against the New Zealand national team 2-1 in a four-match series. The team returned with many positives that give them a boost of confidence for the upcoming Hero Hockey World League Final, to be held in India later this year. The team enjoyed an impressive winning campaign as they stepped up defensively on the field and took good control of the game in every match that they played against both the teams. Speaking from the Indira Gandhi International Airport, Roelant Oltmans, Director High Performance and Chief Coach Men, Hockey India said, “The team performed exceptionally well in the New Zealand Tour which proves that our players are ready to take on greater challenges. The highlight was that we played an attacking game throughout the tour and did not lose our possession easily which will definitely boost our preparations for the Hero Hockey World League Final scheduled to take place towards the end of this year, I hope the team do its best and display high-level performances.” Speaking post landing, Captain Sardar Singh said, “We are in high spirits after the historic series win against a team which is ranked higher to us and the team has shown that they are ready to take on tougher opponents. After losing the first game against New Zealand, our team did not lose its focus and managed to win the series which proves that the team has the nerves of steel. We look forward to the upcoming Hero Hockey World League Final to be held later in the year. 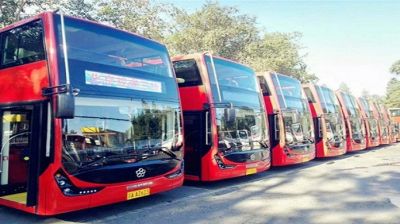 India to face New Zealand A in the opening match...