India Keen to Invest in Oil Projects of Sudan

Total Read - 74        Comments - 26
INVC,, Delhi,, India and Sudan have expressed desire to further expand cooperation in the oil & gas sector. In a bilateral meeting held here today, the countries decided to engage their oil companies in greater discussions during the International Conference Petrotech-2010. The Petroleum Ministers of two countries, namely, Shri Murli Deora, Minister of Petroleum and Natural Gas, Govt of India and Dr Lual A. Deng, Minister of Petroleum, Govt of Sudan led the respective delegations at today’s talks. Shri Deora while welcoming the visiting Minister expressed keen desire of Indian Oil PSUs to further invest in the hydrocarbon sector of Sudan. It was agreed that Sudanese side will make a detailed presentation to the Oil PSUs about forthcoming investment opportunities in the exploration blocks. It was also informed that ONGC’s expertise in enhancing production in the existing fields could be utilized by Sudan. Indian side underlined that ONGC has deployed its best experts in the Greater Nile Oil Project which helped in increasing the production from about 220 thousand barrels of oil per day (BOPD) to 320 thousand BOPD besides raising the oil reserves in the fields. It was also informed that OVL is keen to not only maintain but also increase the crude oil production level in the matured fields at optimum cost through IOR/EOR technology. The two sides decided that first meeting of the Joint Working Group (JWG) on hydrocarbon sector will be held soon in pursuance of the MOU signed between them earlier. Sudan offered to export more crude oil to India. It was informed that Indian companies like IOC are big importers of crude and would be interested to explore the possibilities in this regard. It was also agreed that IOC will assist in production of Bio-fuels in Sudan. Indian side offered to impart training to the oil sector personnel of Sudan in its world class facilities in the entire chain of hydrocarbon value chain. MoS (PNG) Shri Jitin Prasada, Petroleum Secretary, CMD ONGC, Chairman IOC, CMD GAIL, MD OVL were among those present. [caption id="attachment_20125" align="alignleft" width="300" caption="The Sudanese Petroleum Minister, Dr. Lual A Deng along with a delegation meeting the Union Minister for Petroleum and Natural Gas, Shri Murli Deora, in New Delhi on October 30, 2010. The Minister of State for Petroleum & Natural Gas, Shri Jitin Prasada and the Secretary, Ministry of Petroleum and Natural Gas, Shri S. Sundareshan are also seen."] 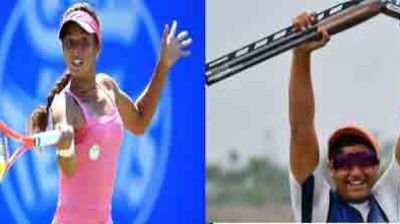 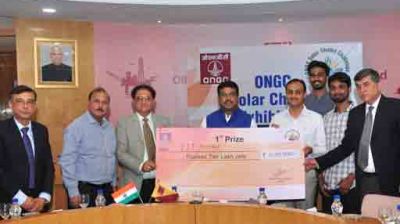 Thank you so much. Jennifer

I appreciate the opinions on this blog, it definitely gives it that community experience!

What cell phone browser is this internet site page optimized for Internet explorer?

Is There A Way To Get Challenge Coins... [...]Writing about a topic like that is pretty challenging. I will check out your web-site in the future.[...]...

Top Reading of the Day... The incomparable story....

Lunette Tag Heuer... [...]Awesome data that I've been seeking for some time! It really is great to know many people still care about this[...]...

Do You Know What Are Real House Prices... [...]To have the right knowledge you can achieve at many more jobs and making no bad decisions..[...]...

Bail Bonds Los Angeles... [...]below are a handful of links to internet websites I always link to seeing as we believe they are definitely worth checking out[...]...

I have to get across my admiration for your generosity for men who require help on this important matter. Your personal dedication to passing the solution around came to be pretty useful and have usually enabled ladies like me to achieve their aims. Your entire invaluable suggestions can mean a lot to me and still more to my office colleagues. Thank you; from everyone of us.

I have a weird desire now to make a false blog. What is a good blog site to do this and let people know that its not really my thoughts but of my characters thoughts?.... How do I start a blog with payment options for readers?...

The Best Zox Program... [...]]Having the right knowledge you can do quality work at at a lot of jobs and doing almost no mistakes.[...]...

Not exactly trending... Not as news worthy as Tendulkar, but wonderful anyway....

Relatives sharing... My grandmother mentioned your website. I am now a big fan....

Fave... Without doubt I say that this is at the top of my favourite web site list....

I commend the informative article you stock up in your articles. I'll bookmark your blog and play a joke on my friends check up in your blog frequently.

Hello may I repeat some of the judgement from this despatch if I provide a link helpless to your site?

Hey may I notation some of the information from this blog if I relation abet to you?

All is now fashionable to create catalogs the Internet of shops how think, whether it is necessary to continue to be engaged in them, and is or reefs?

There is nothing to tell - keep silent not to litter a theme.