INVC NEWS Hyderabad, J P Nadda, Union Minister for Health and Family Welfare launched the National Deworming Day at a function in Hyderabad, today. Speaking on the occasion he said, “We will make sure that we do everything that it takes to assure that no child suffers of a cause that can be prevented”. The Union Health Minister stated that India shall be in the forefront of the war against Neglected Tropical Diseases. He informed that the Ministry had first launched National Deworming Day (NDD) in 2015 which was implemented in 11 States/UTs across all Government and Government-aided schools and Anganwadi centres targeting children aged 1 to 19 years. The deworming initiative was implemented in 277 districts and 9.49 lakh frontline workers were trained for NDD 2015. The Minister further added that against a target of 10.31 crore children between ages of 1 to 19 years, a total of 8.98 crore children received deworming tablet (Albendazole) through 4.70 lakh schools and 3.67 lakh Anganwadi centres with an unprecedented coverage of 85%. The Minister said, “India is now launching National Deworming Day 2016 to cover the whole country, aiming towards a massive target of 27 crore children in 536 districts of the country”. Sh Nadda also said that apart from the Health Ministry, Department of School Education and Literacy under the Ministry of Human Resource Development, Ministry of Women and Child Development, Ministries of Panchayati Raj, Drinking Water and Sanitation are collaborating to implement the National Deworming Day effectively for heightened impact. Shri Nadda said: the National Deworming Day will mobilize health personnel, state governments and other stakeholders to prioritize investment in control of Soil Transmitted Helminth (STH) infections—one of the most common infections. Further he said, “It aims to create mass awareness about the most effective and low-cost STH treatment— administering Albendazole tablets. Along with Albendazole administration, behaviour change practices in terms of cleanliness, hygiene, use of toilets, wearing shoes/chappals, washing hands etc. is also important to reduce incidents of re-infection”. India has the highest burden of parasitic worms in the world. Parasitic worms in children interfere with nutrient uptake, and can contribute to anaemia, malnourishment, and impaired mental and physical development. According to the 2012 report ‘Children in India’, published by the Ministry of Statistics and Programme Implementation, Government of India, 48% of children under the age of 5 years are stunted and 19.8% are wasted, indicating that half of the country’s children are malnourished. School-based mass deworming program is safe, cost-effective, and can reach millions of children quickly. Deworming has been shown to reduce absenteeism in schools; improve health, nutritional, and learning outcomes; and increase the likelihood of higher-wage jobs later in life. At the state and local level, community mobilisation and outreach efforts are underway to engage community-based health workers, like ASHAs, Gram Sabhas and others, to spread awareness and encourage participation in the program. The Union Health Minister also administered Albendazole tablet to few school children, and also felicitated the school principal of the Telengana Social welfare Residential School (Girls) at Narsingi in the Ranga Reddy District, where the launch event took place. Also present at the launch function were Dr. Charlakola Laxma Reddy, Telengana Minister of Health, Medical Education and Family Welfare; Dr P Mahendra Reddy, Telengana Minister of Transport. Senior Officers of the Health Ministry Shri C K Mishra, AS&MD and Dr Rakesh Kumar, JS (RCH) were also present. 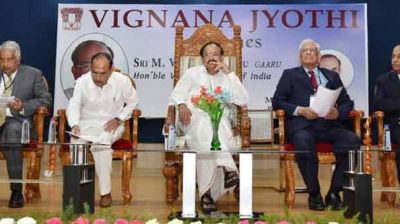 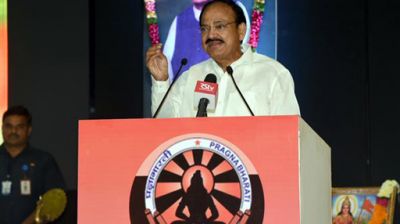 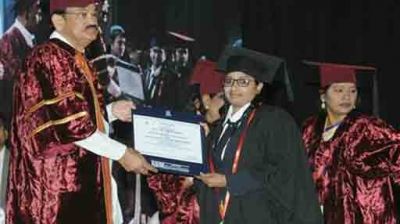 Nadda felicitates 43 scientists for their contribution in Biomedical Research

Foundation Stone Laid for an "International Training Centre for Operational...