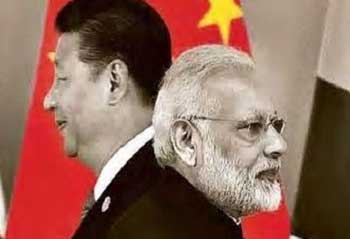 India is fully prepared to deal with any act of China on the border. Another major achievement will be seen in the direction of increasing India’s infrastructure. The construction of Arunachal Frontier Highway is a big step towards answering China. Frontier Highway will be constructed at a cost of 40 thousand crores. This highway is being considered as a game changer for Arunachal. Every activity of China will be monitored from this highway.
There is a highway where the armies of India and China are facing each other for a long time and the tension is not completely over yet. Its length is 2 thousand kilometers. It will pass through the McMahon Line. The total cost of the highway is 40 thousand crores. This highway will go till Myanmar and will connect the whole of Arunachal. This highway is being called the lifeline for Arunachal. NHAI and BRO are responsible for its construction. The road will start from Mago in Arunachal Pradesh adjoining Bhutan and pass through Tawang Upper Subansiri Tooting Mechuka Upper Siang Debang Valley Desali Chaglagam Kibithu Dong before terminating at Vijaynagar near the Myanmar border.

Six vertical and diagonal inter-highway corridors of a total length of 2178 km will be built to provide faster access to border areas along with the missing inter-connectivity among the three highways. The corridors include 402 km Thelamara-Tawang-Nelia Highway, 391 km Itakhola-Pakke-Kessang-Seppa-Parlo Highway, 285 km Gogamukh-Taliha-Tato Highway, 298 km Pasighat-Bishing Highway and 404 km Kanubari. – Longding Highway 398 km long including Akazan.

After the construction of the highway, there will be a lot of ease in the military movement in the border areas. Along with this, any construction in China can be monitored. India is ensuring the security of itself as well as its neighbors as the border of Myanmar will also be secure. Migration from border areas will stop because somewhere it is very important for the people.

China raised objections to the project in 2014 itself when it was reported that the proposal had received preliminary approval from the Prime Minister’s Office. Chinese Foreign Ministry spokesman Hong Lei said that before the settlement of the border problem, we hope that the Indian side will not take any action that may further complicate the relevant issue, so as to maintain the current situation of peace and stability in the border area. PLC/GT