Home Business Career / Profession India has the potential to become content creators for the world: Piyush... 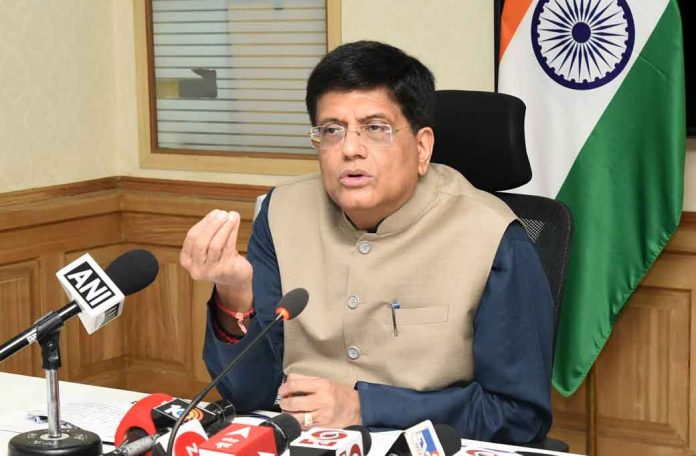 Union Minister of Commerce and Industry, Consumer Affairs, Food and Public Distribution and Textiles, Shri Piyush Goyal called for some form of self-regulation within the media and entertainment industry with regard to content. He was addressing the Valedictory Session of 11th CII Big Picture Summit in New Delhi today.

“On the one hand we talk of our culture, our heritage, our rich tradition, our family value system and on the other hand some of what we see on television and OTT platforms certainly is beyond what is ordinarily accepted standards within the Indian cultural landscape”, the Minister noted.

He said that modern, catchy and entertaining way of presentation of content was very welcome but a certain level of decency in presentation of India, Indian families and Indian culture is something that captains of the industry must pay attention to. The messaging in these programs must not be disconnected with the Indian reality, he opined. He also said that if the industry does not self- regulate, there will be a clamor from society and the government would then have to undertake regulation.

The Minister also asked the industry to carefully introspect on novel entertainment avenues such as gaming to decide to what levels are we willing to allow our youngsters to be on betting platforms and other such areas. He emphasized that a balance must be struck here so as to not let these newer entertainment models to adversely affect our culture.

Shri Goyal said that the media and entertainment sector presented a remarkable opportunity for India but stressed that this opportunity could be realized only if the entire industry and all its verticals and stakeholders came together to ideate and synergize. He appreciated the industry for keeping the citizens of the country informed, connected, engaged and entertained during the trying times of the pandemic through credible, quality content.

The Minister opined that the media and entertainment industry is a sunrise sector. He noted that the industry was indeed growing at a fast pace but called for efforts to achieve larger outcomes. He spoke of the immense resources that India has in this sector, from technical skill to the talent of our young boys and girls to excellent digital connectivity which has been further boosted with the roll out of 5G. He pointed out that India in itself was a huge market for the media and entertainment industry, but noted that we had a long way to go to reach the inflection point. He called for out of box ideas from the industry to expand the ecosystem and to bring in economies of scale.

Shri Goyal observed that there was a need to make our legal framework much more contemporary. He said that it was time that we moved out of the colonial mindset as envisioned by Prime Minister Shri Narendra Modi and moved away from outdated laws. He assured that the government would engage with industry to conceive laws which would truly facilitate growth and simplify day to day operations in this sector.

The Minister also said that efforts would be made to simplify the ecosystem of permissions for shooting in India by making provisions to grant them through a single window framework. He said that Centre had already liberalized FDI in the entertainment industry to enable companies from all over the world to invest in India. He added that all efforts must be directed towards laying a red carpet for international artists to create in India.

The Minister asked the industry to identify what its most potent value propositions were. He suggested that content could be created in India at much more economical costs and underscored that India had the ability to become content creators for the world. “Create content in India for the world”, he told the industry.

Shri Goyal spoke of the need to take our platforms global and bring in new technology and equipment to improve visual effects, animation etc. The Minister spoke of the need to embrace innovation in storytelling and asked that inspiration be derived from India’s rich archive of history, culture and traditions to take them to the global stage. He said that the entertainment industry had great potential for employment generation and called for more skill development and educational courses. He also dwelled upon the need to ensure fair wages, social security, healthcare etc. to those who work in the sector to make them an integral part of the success story of this sector.

He told the stakeholders of the sector to function independent of the government as much as possible but assured that the government was ready to support, facilitate and enable the sector to the best possible extent. “The private sector and the government must work in a spirit of partnership for the growth of the sector”, he added. The Minister also asked the industry to leverage the strength of Indian talent, our competitiveness and quality of work to capture the global market.

The Minister released two reports prepared by CII on broadcasting. Shri Apurva Chandra, Secretary, Ministry of Information and Broadcasting and other dignitaries were present on the occasion.

World economy : India is the one bright spot in the world