Home Business India has emerged as one of the largest digital markets in the... 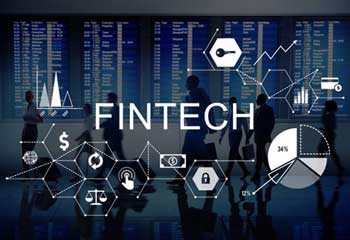 With Fintech adoption rate at 87% against the global average of 64%, India has emerged as one of the largest digital markets in the world. Fintech Sector has huge potential in India, supported by an enabling policy and digital infrastructure framework.

As per industry estimate, India has over 676 million smartphone users, over 1.2 billion telecom subscribers (wireless + wireline) and 825 million internet subscribers of which approximately 39% belong to the rural areas (as on March 2021).

Further, total number of transactionsrelated to digital payments, a key enabler for expansion of digital markets, has increased from 2,071 crore in FY 2017-18 to 5,554 crore in FY 2020-21. As on date, more than 5179 crore transactions have been reported in the current financial year.

Furthermore, India now hosts the 3rd largest ecosystem for startups globally; 59,593 startups have been recognized by DPIIT across 57 unique industries, of which 1,860 startups belong to the FinTech sector. As of December 2021, India has over 17 Fintech companies, which have gained ‘Unicorn Status’ with a valuation of over USD 1 billion.

As regards to investment inflow in the Fintech sector, no such data is maintained centrally.

Government has taken several measures to increase investment inflows in Fintech sector.The Pradhan Mantri Jan DhanYojana (PMJDY) has been targeted at increasing financial inclusion in India by helping in new bank account enrollment of beneficiaries for direct benefits transfer and accessibility to a host of financial services applications. This has enabled Fintech startups to build technology products to penetrate the large consumer base in India.

Aadhar, the unique biometric identification system, allows the public to access government digital services thereby improving the availability and transparency for social payments including financial assistance to those in need.

Unified Payments Interface is single platform that merges various banking services and features under one umbrella and has been built as a scalable payments platform supporting digital payments in India.

Jan DhanYojana, Aadhar and Mobile (JAM trinity) alongwith Unified Payments Interface have been instrumental in bringing in transparency, integrity and timely delivery of financial benefits and services to the public.

Key initiatives undertaken by the Government for the Fintech ecosystem in India are listed below:

Government has been making continuous effort to promote strong and sustainable industrial development in the country. Some of the key measures undertaken are listed below:

This information was given by the Minister of State in the Ministry of Commerce and Industry, Shri Som Parkash,

Due to high monetary returns, farmers in hilly areas of Jammu and Kashmir are switching from traditional farming to aroma crops