India has consistently worked for the advancement of the NAM agenda : J P Nadda

INVC NEWS Geneva , J P Nadda, Union Minister for Health and Family Welfare and the President of 68th World Health Assembly addressed the NAM Health Ministers’ meeting, organized on the sidelines of the World Health Assembly, at Geneva today. The Health Minister stressed on the importance of Yoga as one which provides holistic health and wellbeing. He also emphasized on adopting healthy lifestyles and avoiding excesses. In this context, Shri J P Nadda said that the Prime Minister of India, Shri Narendra Modi, gave a call in the United Nations General Assembly in September last year to recognize Yoga as a provider of holistic approach to health and well-being. We are happy to note that the UN General Assembly adopted a resolution, with co-sponsorship from 177 countries, to observe 21st June as the International day of Yoga, he added. Shri Nadda informed the Ministers of the voluntary contribution made by India to WHO, that includes- (i) One million US Dollars for the proposed WHO contingency fund. (ii) Another One million US Dollars for the implementation of the identified demonstration projects under the Consultative Expert Working Group (CEWG) framework, and (iii) One hundred thousand US Dollars for the Member State Mechanism on SSFFC medical products. This reflects the commitment to WHO and its mandate, the Health Minister stated. He further said that NAM should leverage as a group to take forward public health agenda of common interest and priorities in the World Health Organization (WHO). We need to reiterate our unequivocal support to WHO as the lead global health agency and strengthen its capacities to make it better and stronger, the Minister added. The Health Minister said that India has consistently worked for the advancement of the NAM agenda, objectives and principles and wants greater collaboration in health research among NAM countries. He further said, India’s major focus now is on accelerating the pace of development of useful diagnostics, re-agents, therapeutics, and prevention methods for communicable diseases such as viral, bacterial, and parasitological diseases, and non-communicable diseases such as diabetes and cancer. Our long-term aim is to make these modalities available to populations in low- and middle-income countries at affordable costs, the Minister added. The Health Minister said, in present global health scenario, NAM can provide thought leadership on the issue of promoting health equity and reducing health inequity among nations as well as within nations. Regular sharing of best practices would greatly help our common cause, on cost-effective scalable interventions, especially targeting maternal and child health care and non-communicable diseases, which have been successfully implemented in many of NAM Member States. In this context, NAM countries can work as a consortium to avail the health co-benefits of technological advancements, he said. Shri Nadda said that, NAM can as an advocacy platform to strongly support global health policies that aim at reducing health inequity among nations. At the same time, representing more than half of the world’s population, NAM countries seem to be strategically placed to harness their ‘collective’ bargaining power to make new medicines and medical technologies available to the populations at affordable costs, he added. 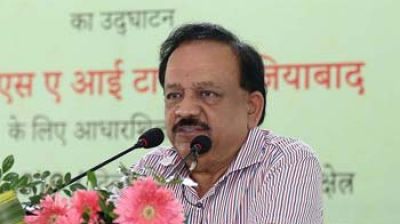 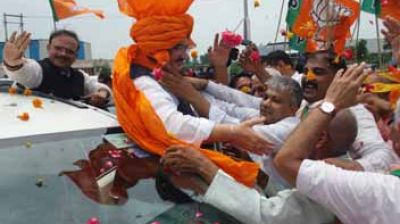