> Ahmedabad has around 8 of 136 Gujarat licensed blood banks; with the state collecting over 8 Lakh units annually.

Despite having over 51.2 crore eligible population who can donate blood, the country still faces a shortage of over 12 lakh units of blood.

India has around over 2700 licensed blood banks across the country, and many initiatives are taken to spread awareness around blood donation and encourage more people to donate blood.

Highlighting the possible causes of why blood donation is not at its peak, Dr. Anshul Agarwal, Consultant Pathologist, Columbia Asia Hospital,

Ahmedabad says, “Blood donation is a novel service one can do for the society. While saving lives through blood donations can feel great, many people, even in the 21st century are skeptical about donating blood, and some even consider it as an unsafe practice from the overall health perspective. Again, first time donation can be daunting for many, as they fear trauma or illness after donating blood. Also, people should realize that there are thousands of road accident cases, crores of trauma cases and those which require surgeries and operations, as well as lakhs of pregnancy cases that require multiple units of blood. We aim to provide quality, safety and availability of blood and blood products for patients in need.

Some of the myths which surround blood donation are as follows

·         Vegetarians do not have adequate healthy blood. Vegetarians can indeed donate blood as long as they are meeting the health criteria. Some vegetarians may be facing pre-existing issues related to iron deficiency, so it becomes important to consult your doctor and establish baseline blood cells count profile before you opt to donate.

·         People with infections, high cholesterol, diabetes or hypertension cannot donate blood. There are certain infections like HIV and hepatitis which may disqualify one from donating blood. Those with high cholesterol or hypertension can donate blood as long as the biochemical parameters are within normal limits. However, diabetics on insulin may not qualify for blood donation.

·         Donating blood would make me weak and unhealthy: During blood donation around 350 to 450 ml of blood is taken, which is reproduced in the body within 24 hours. A healthy person can donate blood four times a year. Anyone from the age group of 18 to 65 years and having a minimum body weight of 50kgs and 12.5 gm of hemoglobin can donate blood.

·         One needs to take a day off for blood donation as it is not possible to work immediately after donating blood. This is not true at all; one can almost immediately go back to one’s work after donating blood. However, there are few precautions one should take like, drinking 8-10 glasses of water within 24 hours following blood donation, avoiding sun exposure, driving for the next 3-4 hours, smoking for next 4 hours and alcohol for next 24 hours.

·         There is a huge possibility of contracting HIV and various other infections during donating blood. Every authorized blood bank has a transparent procedure for taking blood from every donor. If proper sterilization protocols are followed and sterilized and disposable needles are used for every donation, chances of acquiring or contracting blood-borne infections to donors is close to zero.

·         You can donate blood whenever you wish. Whole blood can be donated keeping a gap of 3 months, whereas platelet donation can be done once in a 7-day period and plasma donation once in every 28 days.

“People often think that if they have donated blood this year then they have done their duty. Donors need to be sensitized that shelf life of donated blood is only 30 to 45 days, which means they need to donate blood more often to avoid deficit. There’s no reason why despite having such a huge eligible population, India should be facing shortage of donated blood” said Dr.  Anshul Agarwal. 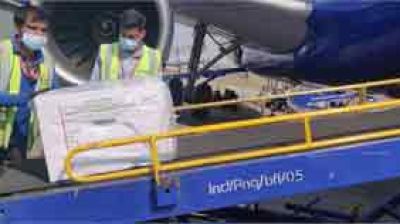 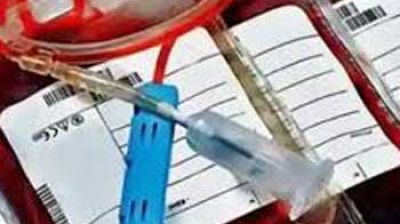 Blood donation is critical during the pandemic