Home Health India engage constructively with all member states in USA 5.2 to develop... 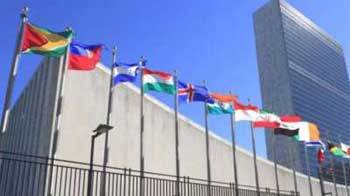 India engaged constructively with all member states in UNEA 5.2 to develop consensus on the resolution for driving global action on plastic pollution by setting up of an intergovernmental negotiating committee for a new international legally binding treaty.

On the insistence of India, the principle of national circumstances and capability while taking actions to address plastic pollution was included in the text of the resolution to allow developing countries follow their development trajectories.

India also stood for not mandating the inter-governmental negotiating committee with development of targets, definitions, formats and methodologies, at this stage, pre-judging the outcome of deliberations of the Committee. The provision for immediate collective voluntary actions by the countries was also included to address plastic pollution on urgent and continual basis.

After long protracted negotiations, the principal objectives of India’s draft resolution were sufficiently addressed in the resolution on “End plastic pollution: Towards an international legally binding instrument” adopted in the resumed fifth session of UNEA, which concluded on 2nd March 2022. The UNEA 5.2 will be remembered for agreeing for collective global action while respecting national circumstances and capabilities.

Terming the adoption by 175 countries as historic, Union Minister for Environment, Forest and Climate Change, Shri Bhupender Yadav said that under the leadership of Prime Minister, Shri Narendra Modi, India has embarked on the journey to end plastic pollution by taking sound and effective measures through EPR on plastic packaging as well as putting a ban on single-use plastic items having low utility and high littering potential.

Under the resolution the Member States were called to continue and step up activities and adopt voluntary measures to combat plastic pollution, including measures related to sustainable consumption and production and, which may include circular economy approaches, and developing and implementing national action plans, while fostering international action and initiatives under respective national regulatory frameworks, and also on a voluntary basis to provide statistical information on environmentally sound management of plastic waste, as appropriate, taking into account their national circumstances.

The resolution requests the Executive Director to convene a forum in conjunction with the first session of intergovernmental negotiating committee, building upon existing initiatives, where appropriate, that is open to all stakeholders to exchange information and activities related to plastic pollution.

Earlier, India had piloted a resolution on addressing single use plastic product pollution in the fourth United Nations Environment Assembly (UNEA) held in 2019, bringing global focus on the issue.

On the domestic front, the Ministry of Environment Forest and Climate Change has put in place a ban on identified single use plastic items, which have low utility and high littering potential. The Guidelines on Extended Producers Responsibility on plastic packaging have also been notified. The single use plastic ban coupled with extended producer responsibility guidelines provide legal framework for addressing plastic pollution.

India’s COVID-19 vaccination coverage has exceeded 207.47 Cr as per provisional reports till 7 am today