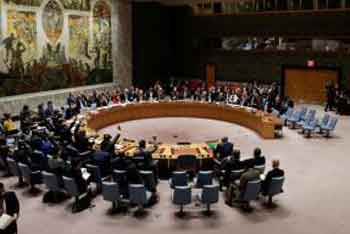 After the formation of the new government in Iran, the Foreign Minister of Iran Hossein Amir-Abdollahian will be visiting India on January 31, 2022. Earlier in November 2021 Abdollahian’s visit to India was called off amid the outbreak of a new variant of Covid-19. India’s Minister of External Affairs S. Jaishankar also visited Iran during the swearing-in ceremony of the newly elected president of Iran Ebrahim Raisi in August last year. In July 2021, S. Jaishankar visited Iran, when Raisi was elected as the President of Iran. The current visit of Iran’s Foreign Minister is a response to India’s willingness to engage with the newly formed government in Iran.

This visit is likely to cover issues pertaining to regional security (South Asia and West Asia with a special focus on Afghanistan and Arab’s war on Houthis), and issues related to the prospects of regional connectivity covering India’s outreach to Afghanistan, Central Asia, and Russia. As part of connectivity, the use of Chahbahar Port -as offered by Iran for transporting humanitarian assistance to Afghanistan-, may also be discussed between the two countries during the current visit.

It is essentially important for India and Iran to get engaged over Afghanistan particularly when the Taliban is controlling it. Taliban is cozier with Pakistan and China -the two arch rivals of India in the region-. As Taliban took over Afghanistan’s government after the US and its NATO ally’s forces left Afghanistan, India faced a massive failure in its diplomatic engagement with Afghanistan. However, India continues its people-centric approach of diplomacy with Afghanistan and explored opportunities for humanitarian assistance to the people of Afghanistan. Amid Pakistan’s refusal for facilitating the transportation of goods from India as humanitarian assistance, Iran’s proposal for providing Chahbahar Port this purpose reopens an umbrella for engagement that can cover a wider role of the port in India’s ambitions to connect with Afghanistan, Russia, and countries in Central Asia.

India is actively looking at engaging with 5 Central Asian Republics (CARs) namely Uzbekistan, Kyrgyzstan, Tajikistan, Turkmenistan, and Kazakhstan. Moreover, India is well aware of the fact that Iran has a major role to play in facilitating trade with these CARs. In December 2021 the foreign ministers of the Central Asian countries visited India. The visit was vital for India’s re-engagement with these countries. India’s continuous endeavor to engage with CARs along with strengthening its bilateral relations with Iran can flash India’s strength to Taliban.  As India taking Iran onboard gives suitable diplomatic answers to the competing interests of China and Pakistan both in Afghanistan and in CARs, it would be interesting to see the reaction of Taliban in the coming future.

On issues in the Middle East, Iran may seek favour from India on three important aspects. Firstly, Iran is negotiating to rejuvenate the Joint Comprehensive Plan of Action on its nuclear programme after the Biden government took over the US administration. Therefore, its engagement with India will send a message to the Biden administration that it is committed to engaging with the US ally in South Asia. However, this will be a challenge for India to keep a balance between Iran and Israel while engaging with Iran and favouring it in rejuvenating nuclear agreement with the US. Secondly, Iran is likely to seek support from India on the ongoing conflicts in the Middle East. UAE and Saudi Arabia are the strong economic partners of India. Both the countries are fighting Houthis in Yemen. Iran has always been opposing direct interference of these two countries in Yemen and supporting Houthis against Arab allies. Lastly, Iran would like to seek India’s open support in the UNSC over economic sanctions that Iran is facing for decades.

Bilaterally, two important issues are flagged for Indo-Iran partnerships guarding their mutual interests. The first and foremost is the restoration of bilateral trade -in particular import of crude oil from Iran- which was hampered when the US (under the Trump administration) walked out of the nuclear agreement and imposed economic sanctions over Iran. The second important aspect is Iran’s occasional statements over the issue of Kashmir. During this visit, the restoration of oil imports is likely to be a profound issue of discussion between Tehran and New Delhi. So far the second aspect is concerned; both the countries would not like to highlight anything on Kashmir. Iran is keen to export oil to India as it looks to cater energy needs of emerging economies of Asian countries like India, Indonesia, and China, etc.

Therefore, the current visit of Iran’s Abdollahian to India has several meanings and importance. India’s efforts to engage with Iran and Iran’s reciprocity are likely to benefit both countries simultaneously. On the one hand, India is looking to circumvent China and Pakistan in Afghanistan, Iran is also looking for a strong partner amid its negotiation with the US and its allies over nuclear energy.  The timing is very important for this visit. It would be important to see how both the countries come over challenges and pave paths for the future. It is noteworthy to say that India and Iran are the countries facing the same challenges from Taliban and also are heavily interdependent on each other. India is looking towards Central and West Asia for its economic footprints and is exploring ambitious connectivity programmes like INSTC, whereas Iran is looking towards reaching out to the East for fueling the vibrant economies of Asia like Malaysia, Indonesia, etc. Both the countries have geographical features to complement each other in their respective interests. 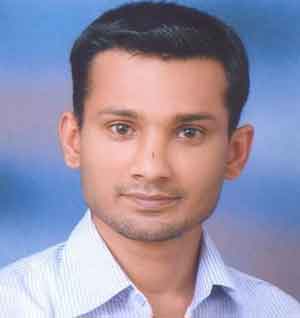 M. Absar Alam is an Assistant Professor (Economics) with M. K. S. College, L. N. M. University, Darbhanga. Prior to joining academics, he has worked with government, non-government and multilateral organizations as a transport and trade facilitation expert. He worked as a consultant with Asian Development Bank (ADB) with a focus on regional cooperation and transport facilitation. He also worked as a Senior Fellow with the Asian Institute of Transport Development (AITD) having special consultative status with the United Nations and as an Economist with RITES Ltd (a public sector undertaking under the aegis of Ministry of Railways).

He has published several research papers and articles in the field of transport economics and regional cooperation in reputed journals like Taylor and Francis and Vikalpa. His views are published in reputed newspapers like Indian Express. His research and consulting areas include regional cooperation, transport facilitation, international trade theory, and practices, etc. He teaches macroeconomic theory, microeconomic analysis, and international trade.
Email: alamabsar@gmail.com , Mobile: +91 96501 66272 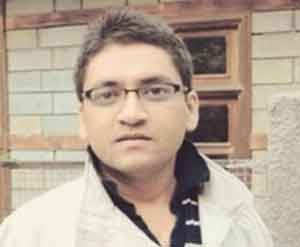 Mr. Farhan Alam is a Research Scholar at the Department of Management, Birla Institute of Technology Mesra at Lalpur Extension Center. He holds a Bachelor’s and Master’s degree from Aligarh Muslim University, Aligarh, and has qualified UGC-NET in Management. Earlier, he has worked as a consultant and researcher on livelihood issues on the projects supported by the UNHCR (United Nations High Commissioner for Refugees). He has also worked as a Researcher at FORE School of Management. His research interest includes geopolitics, migration, and business development.

He has published and co-authored 02 book chapters, a research article, and a magazine article. And presented his papers at 01 National & 01 International Conferences.