India and Bangladesh to Strengthen Measures to Control Drug Trafficking

India and Bangladesh have agreed to enhance mutual cooperation through effective sustained steps to control drug trafficking. This was decided at the third Director General level talks between Narcotics Control Bureau (NCB) India and Department of Narcotics Control (DNC) Bangladesh held in New Delhi today. Both sides agreed to continue sharing of actionable intelligence and adopt a coordinated strategy to prevent cross border drug trafficking. It was also decided that the best practices in curbing drug trafficking and demand reduction will be shared bilaterally. Both sides expressed their commitment towards their obligations under the different international and bilateral agreements, protocols, conventions, declarations and resolutions in letter and spirit. It was also agreed to enhance cooperation in capacity building by organizing training programmes as well as sending resource persons in combating drug trafficking. Both sides shared the concern of the growing menace of Narcotic Drugs. The existing cooperation and information sharing between NCB and DNC was noted with satisfaction. India and Bangladesh also expressed concern over growing menace of synthetic drugs/pharmaceuticals preparations containing narcotic drugs and psychotropic substances and precursor chemicals which are susceptible to misuse and are the fastest growing drugs of abuse today. Both sides agreed that the Directorate General level talks between NCB, India and DNC, Bangladesh should be held annually and the next meeting would be held in Dhaka sometimes in June next year. The Indian delegation was led by Shri Ajay Chadha, Director General, NCB, while the Bangladesh Delegation was lead by Mr. Mohammad Iqbal, Director General, DNC, Bangladesh. 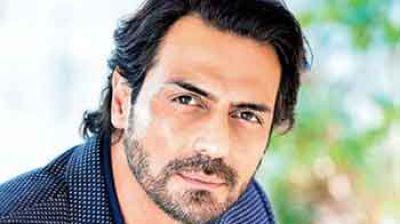