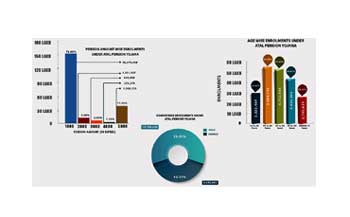 The report titled “India Air Purifier Market Outlook to FY’2025 – Driven by Deteriorating Air Quality and Rising Disposable Incomes” provides a comprehensive analysis of the current positioning of the air purifier industry in India. The report covers various aspects including the market size, current air quality in India & health effects, ecosystem & value chain analysis, end-user analysis, consumer decision making criteria, mega trends and roadblocks faced by the industry. The report concludes with market projections for future of the Air Purifier industry in India including forecasted industry size by revenue and sales volume by FY’2025 and segmentations and the analysts’ take on the future.

The Air Purifier industry in terms of revenue in India has grown at a tremendous double-digit CAGR of ~26.7% over FY’2014-FY’2020. The period saw the entry of various international & domestic players into the market after 2010, recognizing the immense growth potential of the industry. The market is currently highly underpenetrated with the adopting primarily limited to the rich and affluent households in the metro cities. The number of rich & upper middle income households accounted for ~24% of the total number of households in the country in 2019. In 2017, ~60% of the population was exposed to household air pollution. The lack of awareness among consumers about indoor air pollution acts a hindrance in propelling industry growth. The Delhi-NCR is currently the largest market for air purifiers in the country and generates maximum sales during peak months from October-December. Aggressive marketing strategies and consistent product innovation has driven sales over the review period.

Technologies: The HEPA & activated carbon technology has been analyzed to dominate the industry with majority of the major players adopting it along with additional filters such as pre filter, cold catalyst filter, anti-virus filter and more. Different grades of HEPA filter such as H11, H12, H13 & more are prevalent in the market as they eliminate the minutest of the particles. HEPA, carbon & UV technology is also gaining traction in the market. The adoption of ionizers & other technologies in the market is low as they generate harmful ozone gas.

Distribution Channels: Retail sales through modern retail chains and other organized retail stores have accounted for majority of the industry revenue as most consumers prefer assistance during buying the product and the after-sales services offered. The number of internet subscribers reached ~687 million in 2019. The increasing online spending has also positively impacted online sales of air purifiers, witnessing the fastest growth during the review period. E-commerce platforms observe a spike in online sales during year-end or festival sales.

Weight of Air Purifier: There is increasing preference for lighter and sleeker models by consumers which are easy to move around and complement the aesthetics of the surroundings. Air purifiers weighing less than 5 Kg or between 5-10 Kg have been observed to account for majority of the sales in the industry in FY’2020.

Regions: The Northern region accounts for majority of the industry revenue due to the high PM2.5 levels, particularly in Delhi-NCR. Five out of the world’s 30 most polluted cities included Delhi-NCR and cities in its vicinity including Ghaziabad and Greater Noida in 2019. The region generates maximum sales during October-December. Over the review period, significant demand has come up from the Western & Southern states as well due to the growth of residential, corporate as well as industrial units in cities such as Mumbai & Bangalore.

End-Users: The residential end-users have been identified to account for majority of the industry revenue in FY’2020. The number of household in India crossed ~28 crores in 2019 and urban population accounted for ~34% of the total population. Increasing incidents of respiratory diseases and disposable incomes are driving the sales of air purifiers within the residential consumers. The demand from the commercial end-users particularly hotel, hospitals & corporate offices and institutional end-users such as embassies & government offices has also significantly increased during the review period.

The competition in the market is moderately concentrated with the top 5 companies accounting for ~76% of the revenue share in the market. Many international and domestic companies compete in the market on the basis of parameters such as price, product portfolio & features, distribution network, discounts offered and more. Post 2017, companies offering premium products such as Dyson, Amway & Coway among others entered the market to penetrate into the premium segment.

The industry is expected to witness double digit growth in terms of revenue by FY’2025 with increasing consumer awareness about indoor air pollution & disposable incomes. The penetration of the product is anticipated to increase in other major cities as the average price of the product goes down. Significant demand os expected to arise from cities including Hyderabad, Ahemdabad, Pune, Nagpur, Chandigarh, Coimbatore, Surat among others. Online sales are also expected to witness growth as a spillover of the Covid-19 pandemic and as the number of internet subscribers cross ~1.1 billion by 2025. Investment in innovative marketing strategies and category creation initiatives to on-board commercial end-users will be the way forward to stimulate air purifier sales in the future.

Jurassic World Dominion is a huge hit amongst fans, becomes the number one movie in India