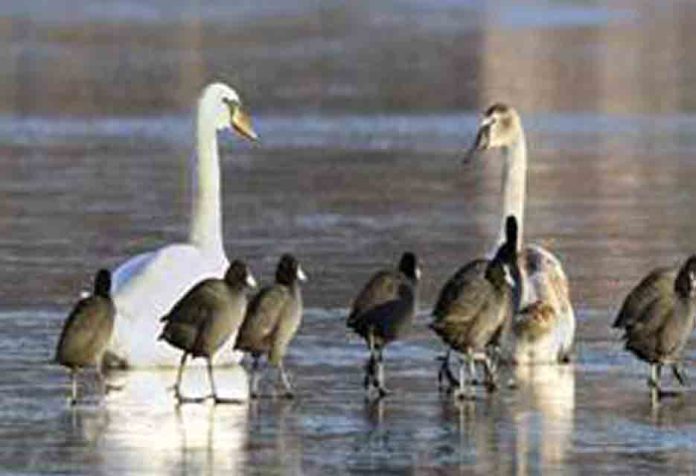 India adds 11 more wetlands to the list of Ramsar sites to make total 75 Ramsar sites covering an area of 13,26,677 ha in the country in the 75th year of Independence.

The 11 new sites include:  Four (4) sites in Tamil Nadu, Three (3) in Odisha, Two (2) in Jammu & Kashmir and One (1) each in Madhya Pradesh and Maharashtra. Designation of these sites would help in conservation and management of wetlands and wise use of their resources.

During this year itself (2022) a total of 28 sites have been declared as Ramsar sites. Based on the date of designation mentioned on Ramsar Certificate, the number is 19 for this year (2022) and 14 for previous year (2021).

(As per date of designation) Sites designated upto 2013

Tampara Lake is among the most prominent freshwater lakes in the State of Odisha situated in Ganjam district. The depression on the ground gradually filled with rainwater from catchment flow and was called “Tamp” by the British and subsequently termed “Tampra” by the locals.  The wetland supports at least 60 species of birds, 46 species of fishes, at least 48 species of phytoplanktons, and more than seven species of terrestrial plants and macrophytes. The wetland is an important habitat for vulnerable species such as Cyprinus carpio, common pochard (Aythya ferina), and river tern (Sterna aurantia). With an estimated average fish yield of 12 tonnes per year, the wetland is an important source of livelihood for the local communities. Along with fishes the wetland also provides provisioning services like water for agriculture, and domestic use and is a well-known tourism and recreation site.

Hirakud Reservoir, the largest earthen dam in Odisha started operating in 1957. The reservoir to support a range of floral and faunal species, including several of high conservation significance. Out of the known 54 species of fish from the reservoir, one has been classed as being endangered, six near threatened and 21 fish species of economic importance. Fisheries presently yield a catch of around 480 MT of fish annually and is the mainstay of livelihoods of 7,000 fisher households. Similarly, over 130 bird species have been recorded at this site, out of which 20 species are of high conservation significance. The reservoir is a source of water for producing around 300 MW of hydropower and irrigating 436,000 ha of cultural command area. The wetland also provides important hydrological services by moderating floods in the Mahanadi delta, the ecological and socio-economic hub of the east coast of India. Hirakud reservoir supports abundant tourism, and forms an integral part of the high touristic value sites located around Sambalpur with over 30,000 tourists annually visiting the site.

Ansupa Lake is the largest freshwater lake of Odisha situated in Banki sub-division of Cuttack district and has its fame from time immemorial for its scenic beauty, biodiversity, and natural resources. The wetland is an oxbow lake formed by River Mahanadi and is spread over an area of 231 ha. The wetland is home to at least 194 species of birds, 61 species of fishes and 26 species of mammals in addition to 244 species of macrophytes. The wetland provides a safe habitat to at least three threatened bird species- Rynchops albicollis (EN), Sterna acuticauda (EN) and Sterna aurantia (VU) and three threatened fish species- Clarias magur (Clariidae) (EN), Cyprinus carpio (Cyprinidae) (VU) and Wallago attu (VU). Ansupa lake sustains the freshwater demands of the surrounding areas and also supports the livelihood of the local communities through fisheries and agriculture. The wetland has immense recreational and tourism potential as it is a major wintering ground for migratory birds and is also known for its scenic beauty.

Yashwant Sagar is one of the two Important Bird Areas (IBA) in the Indore region as well as one of the most important birding sites in Malwa region of Madhya Pradesh.  Presently it is mainly used for water supply to the city of Indore and is also being used for fish culture on a commercial scale.  Yashwant Sagar reservoir comes under the jurisdiction of Indore City Municipal Corporation. Indore which has bagged the title of one of the cleanest cities in India is also often known as center of economic growth of Madhya Pradesh. The catchment area of this wetland is predominantly agriculture. Yashwant Sagar is considered to be a stronghold of the vulnerable Sarus Crane in central India. The lake backwaters have plenty of shallow areas, conducive for waders and other waterfowl. As the water level recedes, many islands serve as roosting sites for waterfowl. Due to its vast shallow reed beds, the wetland is considered heaven to a large number of winter migratory birds.

Chitrangudi Bird Sanctuary, locally known as “Chitrangudi Kanmoli” is located in Ramanathapuram district in Tamil Nadu. The wetland is a protected area since 1989 and declared as Bird Sanctuary, coming under the jurisdiction of Tamil Nadu Forest Department, Ramanathapuram division. Chitrangudi Bird Sanctuary is an ideal habitat for winter migratory birds. Around 50 birds belonging to 30 families have been reported from the site.  Out of these 47 are water birds and 3 terrestrial birds. Notable waterbirds spotted from the site area spot-billed pelican, little egret, grey heron, large egret, open billed stork, purple, and pond herons.  Chitrangudi is surrounded by agricultural fields, where different crops are grown throughout the year. The wetland also supports a number of fishes, amphibians, molluscs, aquatic insects, and their larvae forming good food sources for arriving waterbirds. Groundwater is extracted for irrigation around and within the wetland for agricultural purposes.

Suchindrum Theroor Wetland complex is part of the Suchindrum-Theroor Manakudi Conservation Reserve. It is declared an Important Bird Area and lies at the southern tip of the Central Asian flyway of migratory birds.  It was formed for birds’ nesting purposes and it attracts thousands of birds every year. The total population dependent upon Theroor is about 10,500 and 75% of the population’s livelihood hinges on agriculture which in turn is dependent upon the water released from the Theroor tank. This is a man-made, inland Tank and is perennial. Copper plate inscriptions from the 9th century mention Pasumkulam, Venchikulam, Nedumarthukulam, Perumkulam, Elemchikulam and Konadunkulam. Around 250 species of birds have been recorded in the area, of which 53 are migratory, 12 endemic, and 4 threatened.

Vaduvur bird sanctuary spreads over an area of 112.638 ha, is a large human-made irrigation tank and shelter for migratory birds as it provides a suitable environment for food, shelter, and breeding ground. While these irrigation tanks have socio-economic and cultural significance, very little is known of their ecological importance. These tanks have the potential to harbor good populations of resident and wintering water birds but no studies have been done to confirm this. Indian Pond Heron Ardeola grayii occurred in most of the surveyed tanks. Large concentrations of wintering waterfowl such as Eurasian Wigeon Anas penelope, Northern Pintail Anas acuta, Garganey Anas querquedula were recorded in tanks. Vaduvur Bird Sanctuary has a diverse habitat including a number of inlets and surrounding irrigated agricultural fields which provides good nesting and foraging habitats for birds. Thus, the site provides support to the species listed above during critical stages of their life-cycle.

Thane Creek is located in Maharashtra, India. There are several sources of fresh water to the creek, of which Ulhas River is the largest, followed by many drainage channels from various suburban areas of Mumbai, Navi Mumbai & Thane. It has been declared as Thane Creek Flamingo Sanctuary. Thane creek is fringed by mangroves on both banks & comprises around 20% of the total Indian mangrove species. The mangrove forest acts as a natural shelter belt & protects the land from cyclones, tidal surges, seawater seepage & intrusions. The mangrove serves as a nursery for several fishes & sustains the local fishery. The area is an important part of the wetland complex of the Central Asian Flyway of the birds and has been categorized as an Important Bird Area (IBA). Other than 202 avifaunal species, the creek also houses 18 species of fishes, crustaceans & molluscs, 59 species of butterflies, 67 species of Insects, and 35 species of phytoplankton, and 24 species of zooplankton & 23 species of Benthos.

Hygam Wetland falls within the River Jhelum basin and plays a significant role as a flood absorption basin, biodiversity conservation site, eco-tourism site, and livelihood security for the local communities. The wetland is located in the Baramulla district. It serves as an abode to many residents and migratory bird species. It is also recognized as an Important Bird Area (IBA). Consequent to the high rate of siltation, Hygam Wetland has lost its wetland characteristics to a large extent and in many places changed its profile into a landmass. This has resulted in further loss of habitat conditions to offer a suitable site for visiting migratory birds (Winter/ Summer migrants) and for resident birds as well. Hygam Wetland provides a plethora of ecosystem services, these include fish and fiber, water supply, water purification, climate regulation, flood regulation, and recreational opportunities. The livelihoods of people living in, and adjoining the fringes of wetlands depend partially or entirely on wetland ecosystem services.

Shallabug Wetland Conservation Reserve is located in the District Srinagar, UT of J&K. Large areas of the wetland dry up between September and March. The area has extensive reedbeds of Phragmites communis and Typha angustata, and rich growth of Nymphaea candida and N. stellata on open water. It serves as an abode to more than four lakh resident and migratory birds of at least 21 species. Shallabugh Wetland plays a major role in the natural control, amelioration or prevention of flooding, It is also important for seasonal water retention for wetlands or other areas of conservation importance downstream. The wetland is important for the recharge of aquifers. A major natural floodplain system. Shallabugh Wetland provides plethora of ecosystem services, these include fish and fiber, water supply, water purification, climate regulation, flood regulation, recreational opportunities. The wetland serves as an important breeding ground for many species of waterbirds

From Exciting Attractions To Fun-Filled Leisure Activities, Here Is Why Yas Island, Abu Dhabi Is An Ideal Holiday Destination For Families

The IRONMAN 70.3 Middle East Championship Bahrain 2022 is coming back this December