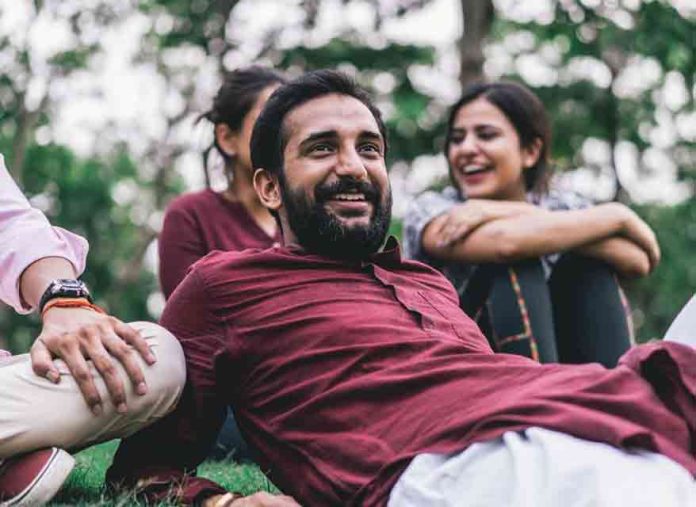 As India prepares to celebrate its 75th Independence Day, it makes sense to check how independent Indian homebuyers really are today. After all, independence is more than just freedom from foreign oppression – this becomes clear if we look at some of the ‘advanced’ Western countries, where people are independent of foreign rule but still enslaved by another system – blind consumerism.

Of course, Indians are not entirely immune to this. The scramble to buy the latest smartphones is probably highest in India than in most other countries. The desire for other lifestyle products is also not much less.

But when it comes to buying homes, Indians indeed display far more freedom of thought and action than in the more developed economies. One of the main reasons for this is that even with relatively cost-effective lending rates, purchasing homes remains one of the most significant expenses for most Indian households.

The recently published World Inequality Report 2022 describes India as an ‘unequal country with an affluent elite.’ The report says that even now, the top 10% of the population account for more than 55% of the overall national income. Included in this 10% are 22% accounted for by the top 1% – read ultra-rich HNIs.

While another recent report by the World Bank confirms that between 2011 and 2019, acute poverty in India has reduced by over 12 percentile points, the cost-conscious middle class still accounts for a large segment of the country.

True, various reports show us that the desire for self-owned homes has never been stronger in India than today, but middle-class Indians are still cautious about how and when they invest in homes.

Compare this to the United States situation, where the subprime mortgage crisis between 2007 and 2010 resulted from Americans indiscriminately buying homes on loans. These were not wealthy people – if they had been, they would not have used mortgages.

Nevertheless, they went overboard buying properties because of deceptively low lending rates. Many of them bought multiple homes on loans, and finally, the resulting subprime crisis contributed heavily to the global financial meltdown in 2007–2008. This was blatant, mindless consumerism with a hard focus on real estate.

It is inconceivable that something like this could happen in India. Apart from the fact that our banking system is highly conservative, the fact is that Indians display much higher freedom of thought and action when it comes to buying homes.

Freedom of independent thought and action

Freedom of thought and action regarding real estate means that buyers are not the product. They cannot be enticed to buy something as expensive as a home merely because interest rates are low and developers spend crores in advertising.

When an Indian buys a home, they calculate all the costs and long, mid and short-term financial implications. Because of this, most real estate developers are in no position to assume a ‘take it or leave it’ approach when marketing their products.

They are aware that the potential buyer is counting the costs. In most cases today, Indian homebuyers cannot be enticed to bite off more than they can chew. This, even by itself, displays a very independent mindset among real estate consumers.

Most Indians looking to buy homes today know how to do their homework. Thirty years ago, they could have been led astray. It is perhaps no coincidence that India launched its first Internet service on 15th August – Independence Day – in 1995, when Videsh Sanchar Nigam first offered this game-changing tool.

Today, the Internet has massively penetrated the country – and not just in the cities. According to the recent Bharat 2.0 Internet report, India’s rural areas account for 352 million Internet users – almost 20% higher than the urban areas.

Connected Indians no longer rely on word-of-mouth and gimmicky advertising when researching real estate options. More than 75% of the house hunt today happens online, and buyers will start visiting sites only once they already have a shortlist of desirable projects. Thanks to the Internet, they know how much homes cost in any area, what similar projects offer, and even the legal status.

At any given time, there are more properties on sale in India than there are buyers (the only exception is very expensive homes in prized locations where there is almost no supply.) Even when demand is high, Indian homebuyers have a lot of freedom of choice when selecting their dream homes.

A critical aspect of this freedom is that they can buy homes that exactly match their requirements. This freedom does not exist with many other cost-intensive products. Indians today know what they want in a home, where to find such options, and how much they can spend to get it.

RERA is not perfect yet, and there are still many lacunae. However, the fact is that Indian homebuyers today enjoy a level of protection and assurance that had not existed before the rollout of the Real Estate Regulation and Development Act in 2017. Buying a home in a RERA-registered project can be done with a level of confidence that did not exist in pre-RERA times.

RERA has also cleaned up real estate developers who were only looking to fleece their customers in the past. Such builders are now a small minority and will soon cease to exist and operate altogether.

Even as a work-in-progress, RERA has made it impossible for fly-by-night builders to launch and sell projects. The result has been that today, homebuyers have the freedom to deal with credible, accountable developers.

Indeed, Indian homebuyers have never been as free as they are as we celebrate the country’s 75th year of independence. This is a matter of considerable pride to the nation and all its real estate stakeholders.

Akash Pharande is Managing Director – Pharande Spaces, a leading real estate construction and development firm famous for its township properties in West Pune. Pharande Promoters & Builders, the flagship company of Pharande Spaces and an ISO 9001-2000 certified company, is a pioneer of townships in West Pune.