Columbia Asia Referral Hospital, Yeshwanthpur successfully performed a rare case of ABOi kidney transplant, where a 48-year-old wife donated a kidney to her 55-year-old husband who is an Anaesthesiologist by profession.

Dr. Sumathi Kumar from Bangalore was diagnosed with chronic kidney failure in 2018 and was being treated with medications for the past one year. He was also suffering with heart disease, diabetics & hypertension. In March this year, his kidney disease had progressed and he was advised to undergo dialysis or kidney transplantation in next few months.

Being a doctor himself he had seen the difficulties of undergoing dialysis for a long time and was also worried that would hamper his professional practice, hence he decided to undergo kidney transplant.

He started enquiring about kidney transplant. None of his relatives came forward to donate kidney and only his wife was the suitable donor willing to donate, but her blood group which was A-ve did not match with her husband’s blood group which was B+ve. This demoralized him a lot since most of the hospitals in south India refused to do ABOI kidney transplant owing to the complex and risky nature of the procedure, associated medical issues and being Doctor himself also were the reasons to decline him for ABOI transplant.

At Columbia Asia Referral Hospital Yeshwanthpur he was evaluated by Dr. Deepak Kumar C, Chief Consultant - Nephrologist and Transplant Physician, and was advised him to undergo preliminary tests followed by antibody levels estimation against his wife’s blood group which was 1:64, a moderate count. Looking at this levels of antibodies, he was counselled and evaluated extensively and then decided to go ahead with the transplant.

Initially, Dr. Sumathi being Anaesthetist himself was anxious about ABOi transplant considering the complexity and nature of the procedure which has been performed by very few centres in India for last 5 years but over time with the counselling he developed confidence to undergo the surgery.

Over next one month, he was medically prepared for transplant and during this time his kidney functions deteriorated and he was started on dialysis to improve his health condition before the transplant.

“Due to the shortage of organ donors with same blood group and rise in the incidence of end-stage renal disease has made ABOi transplantation a preferred option. The process is critical as the donor and the recipient have two different blood groups and the procedure has to be handled with utmost care Said, Dr. Deepak Kumar C, Chief Consultant - Nephrologist and Transplant Physician, Columbia Asia Referral Hospital, Yeshwanthpur, who has performed 7 cases of ABOI transplant in last 1 year with good success.

“I am extremely grateful to my wife that she came forward to save me from all the pain that I was going through. I was confused if I should go for ABOi transplant but the doctors at Columbia Asia Referral Hospital Yeshwanthpur counselled and gave me the confidence.  My heartfelt gratitude to the doctors who successfully treated and have given me a new lease of life”, said Dr. Sumathi Kumar. 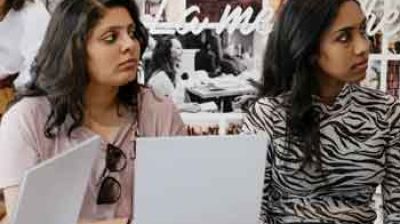 Irregular periods and abdominal pain? It could be due to... 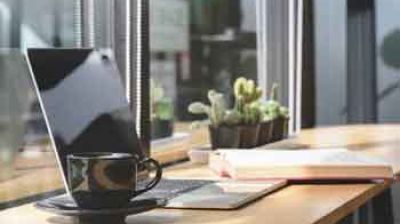 Ensure better heart health when you work from home