The new indices reflect continuous updating of weights and incorporation of a larger set of trading partners. While previously based on fixed-base weights from 2004–06, the new indices are calculated using weights updated every three years starting in January 2004. The more systematic update of weights will allow earlier reflection of changes in trade patterns. New weights have been computed for 2007–09, 2010–12, and 2013–15; and revised weights for 2004–06 have also been calculated to incorporate changes in the source data. The weights are calculated as three-year averages of annual data available from official sources on merchandise trade, tourism, and manufacturing collected from the United Nations, Organisation for Economic Co-operation and Development, World Bank, World Tourism Organization, and United Nations Industrial Development Organization.

The set of trading partners has been expanded to broaden the indices. In principle, all trading partners should be included in the EER index calculation. However, only partner countries with trade-based weights above 0.45 percent (compared with the previous 1 percent) are included. This has led to an increase in the pool of countries included in the new index calculation from 19 to 31.

The new weights have been applied to the corresponding three-year period (e.g., 2004–06 weights from January 2004 to December 2006; 2007–09 weights from January 2007 to December 2009; etc.). A chained methodology—also used by other international agencies and country authorities—will ensure alignment with best international practice, with the new series recalculated starting from January 2004. Prior to 2004, the old fixed-base indices are spliced to the new chained indices, with December used as the splicing period to link the weights.

IMF Executive Board Reviews the Fund's Income Position for Financial... 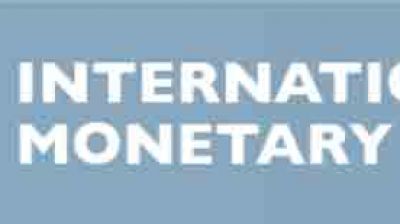 IMF and KDI Host Conference on Achieving Inclusive Growth: A...

IMF and India to Set-Up a South Asia Regional Training...