Washington, D. C Growth remains strong, led initially by buoyant external conditions and increasingly by a recovery in domestic demand. The fiscal deficit is improving much faster than expected, allowing government debt to fall sharply. All key macroeconomic targets for this review have been met, including on the fiscal deficit, international reserves, and debt. · Two important vulnerabilities are that international reserves and bank capital are still not at appropriate levels. Macro-economic policies should be used to dampen high credit growth and help build external buffers. Meanwhile, it is crucial that banks complete the recapitalization efforts started in 2017. · For 2019, program goals are to continue reducing public debt, resume international reserve accumulation, and ensure the banking system is well-capitalized. In addition, it is critical that the authorities strengthen the investment climate to attract the foreign capital necessary for Mongolia’s long-term growth. An International Monetary Fund (IMF) staff team led by Mr. Geoff Gottlieb visited Ulaanbaatar from November 7-17, 2018 to conduct discussions on the sixth review of the three-year Extended Fund Facility (EFF) arrangement approved on May 24, 2017, in an amount equivalent to SDR 314.5054 million, or about US$434.3 million . At the conclusion of the visit, Mr. Gottlieb made the following statement: “As we reach the mid-way point of the IMF supported program, significant progress has been made by the authorities in overcoming the economic crisis. Growth has revived to over 6 percent, the overall fiscal balance has swung from a large deficit to a small surplus, and government debt has fallen sharply. While the external environment has been supportive with buoyant export demand, the recovery has become broader based with consumption and investment rising sharply. “While welcome, this recovery brings new challenges. Stronger domestic demand conditions are widening the current account deficit, halting reserve accumulation. In response, the Bank of Mongolia should rein in high credit growth through tighter monetary conditions and the introduction of well-targeted macro-prudential measures. “In the financial sector, the follow-up to the Asset Quality Review that was completed in 2017 is entering its final phase. Those banks that were found to be undercapitalized have until end-December to raise the necessary new capital. Banks that fail to do so will face Central Bank intervention or be resolved as per the Banking Law. “The authorities are also moving ahead with reforms that will allow for more rapid resolution of non-performing loans, strengthen their Anti Money Laundering framework, and improve the selection and appraisal of public investment projects. Given the importance of attracting more foreign capital, the authorities should also commit to strengthening the business and investment climate. “The authorities and the IMF team have reached staff-level agreement on the economic policies for completion of the sixth review under the EFF arrangement, which is subject to the approval of the IMF Executive Board. The authorities have committed to several actions, mainly in the financial sector, that will be completed before the Executive Board meeting.” The team thanks the authorities for their cooperation, constructive dialogue, and hospitality during its stay in Mongolia.
Read the full article
Tags: IMF 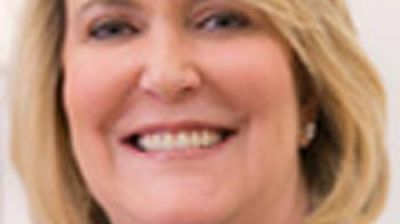 IMF Acting Managing Director Proposes to Extend the Appointment of...