Home Business Career / Profession IITs are the repositories of knowledge and experience and bridge to the... 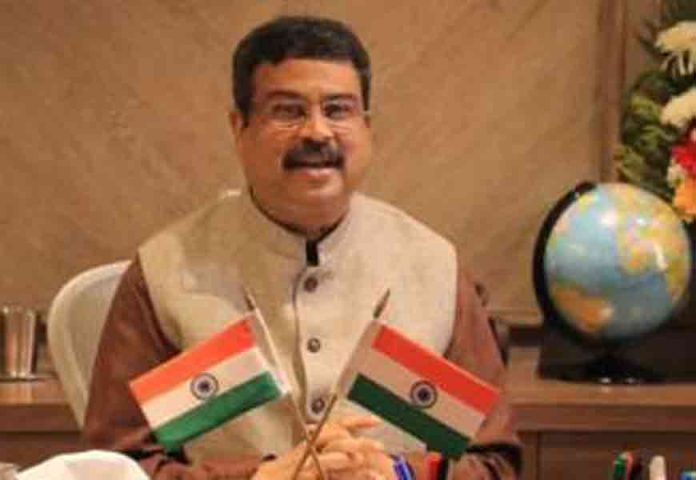 Union Minister for Education and Skill Development and Patron-in-Chief of IInvenTiv Shri Dharmendra Pradhan, today inaugurated IInvenTiv – the first-ever all-IITs R&D Showcase at the Indian Institute of Technology, Delhi. The two-day event that would conclude on October 15th brings academia and industry under one roof to showcase India’s global R&D strength. A brochure for IInvenTiv was also launched by the Minister, followed by a visit to the exhibition booths.

Speaking on the occasion Shri Dharmendra Pradhan expressed his happiness to be part of this historic-first event that bears testimony to Prime Minister Shri Narendra Modi’s mantra of ‘Jai Anusandhan’ to build an Aatmanirbhar Bharat. The Minister said that IITs are no more just Indian Institutes of Technology, but today, they have become Instruments of Transformation. IITs are the repositories of knowledge & experience and bridge to the future, he added.

Shri Pradhan highlighted that the Covid pandemic has clearly shown us the impact of what happens when technology driven research commits itself to the service of human race. Whether, it is development of Indian vaccines within a short span of time that not only benefitted Indians but millions of people across the world. It has all been possible because of brilliant minds like yours, he added. He further said that these are the signs of an Atmanirbhar Bharat and we have to encourage the relationship of Academic R&D – new age technology – industry- Society even more to take research and innovation to the zenith so that no one is left behind.

The Minister said that our IITs have to move beyond being just engineering colleges. We have to stop benchmarking IITs on the basis of placement packages. IITs should redefine parameters and benchmark on number of innovations brought in the market, innovations monetised, and number of job creators created. He also said that technology will drive the next phase of growth and development with IT and communications technology among the front runners. The world today will invest more vigorously on India. India’s talent, digital-first attitude, market size, emerging purchasing power and growing aspirations is a heady mix to take India forward at an unprecedented speed and scale. Our IITs should seize this opportunity, he added.

Shri Pradhan stated that in the AmritKaal, the anusandhan-led Bharat would be propelled by innovations at the grass roots level and it would seek the participation of all, especially the rural sector. IInvenTiv shall be the start of such a revolution and emerge as a key forum which will provide solutions to complex global problems.

The R&D Fair is being organized in commemoration of the 75th year of India’s Independence in line with the Azadi ka Amrit Mahotsav initiative. It has brought over 300 representatives from industry, including startups, along with government, and embassy officials, and global IIT-alumni. Apart from that, overall footfall of around 1500 attendees is expected throughout the event, which includes faculty, students, and research scholars from various institutions, among others.

There are 75 projects and 6 Showcase projects on diverse themes such as, Defence and aerospace, Healthcare (including devices and digital health), Environment and Sustainability (including air, water, rivers), Clean Energy & Renewables (including Hydrogen and EV), Manufacturing (including smart, advanced and industry 4.0), AI/ML/Blockchain technologies (including quantum computing), Smart Cities & Infrastructure (including smart mobility), Communication Technologies (including education and 5G), Robotics, Sensors & Actuators, and Semiconductors, Flexible electronics & Nanotechnology, being exhibited at the event. The projects are aligned with the vision of Make in India, Digital India, and Atmanirbhar Bharat, and are aimed at impacting the lives of all sections of society.

The two-day event would host representatives from Confederation of Indian Industry (CII), Federation of Indian Chambers of Commerce & Industry (FICCI) and National Association of Software and Service Companies (NASSCOM), along with students, global IIT alumni, faculties of various CFTIs, scientists from DRDO, ISRO, CSIR and ICAR, and so on.

Know what happened at the International Workshop on Research Agenda, Social Needs and Open Science