Food processing is one of the largest industrial sectors with its contribution of 32% in the total food market, says Union Minister of Agriculture & Farmers’ Welfare

Revolutionary Farm Bills will have no effect on MSP and existing mandi system: Narendra Singh Tomar

Food processing is one of the largest industrial sectors with its contribution of 32% in the total food market and the consumption habits of youngsters, is making it even larger,” said Shri Narendra Singh Tomar, Minister of Agriculture & Farmers’ Welfare, Food Processing Industries, Rural Development and Panchayati Raj, Government of India, while addressing the Inaugural Session of 14th edition of Agro & Food Tech’ - the India International Food & Agri Week organised over CII’s virtual platform Hive. Shri Tomar said that the three Revolutionary Farm Bills will have no effect on Minimum Support Price and existing mandi system in the country.


Shri Tomar complimented CII’s vision and efforts in the agriculture sector and said that these are aligned with the vision of Hon’ble Prime Minister of doubling farmers’ income by 2022. He also said that this is an appropriate platform to promote the agriculture and innovative technologies that are available by way of promoting ‘Vocal for Local.’

On this occasion of World Food Day, he said the Ministry of Food Processing has also initiated an awareness campaign on ‘Ann Devo Bhava’. The objective of this campaign is to honour the farmers and create awareness among masses to reduce food wastage.

Shri Tomar said that under the leadership of Prime Minister Shri Narendra Modi, Government of India is constantly striving to make the country a flexible food economy and the world's food factory. He said that due to the global pandemic the GDP slid 23.9% in the first quarter of FY 2020-21. However, agriculture remained the only sector which gave impetus to the Indian economy by registering positive 3.4% growth rate. If agriculture sector would not have performed the Indian GDP may have recorded further downfall.

He said that Hon’ble PM has announced 20 lakh crore package to make the country Atma Nirbhar. Under this package, 1 lakh crore has been earmarked for developing agri infrastructure. Shri Tomar said that we are proud of the farmers of our country and, due to their hard work, the country has sufficient stock of food grains, the needs of the countrymen are being fulfilled, food grains are surplus. The Government of India through the Ministry of Food Processing Industries (MoFPI) has sanctioned 37 food parks funded under the Mega Food Parks Scheme, out of which 20 are operational.

Mr Ajay S Shriram, Chairman, CII Agro & Food Tech 2020, said, “Since its inception in 1994, CII Agro Tech has brought together agribusiness communities from all around the world. Given the current prevailing situation, 14th edition of Agro Tech India is now rechristened as ‘Agro & Food Tech’ - the India International Food & Agri Week, to ensure that our farming fraternity & Agri Industry stakeholders are not deprived of the critical information & knowledge of latest advancements in the field of Agri & related technologies.


With private sector led intervention, Chilli farmers in Andhra Pradesh have been able to increase productivity by almost 13% with adoption of good production practices. They are further supported by the private partner with farm gate procurement. In rice value chain, farmers in Haryana are benefitting by introduction of blockchain technology which has resulted in enhanced exports. The company is planning to scale up the initiative to 5000 farmers by 2024.

Mr Chandrajit Banerjee, Director General, CII, said, “As the Government of India has set for itself the ambitious target of ‘Doubling farm income by 2022’, accordingly, CII has aligned its activities in the agriculture towards realising this vision.” He mentioned that the recent agriculture reforms brought in by the central government is a step in the right direction and will help in doubling farmers' income. He added that the concept of One Nation One Market will write a new chapter in agricultural marketing in the country.

He said that we have adopted the theme for this event as Technology in Food & Agriculture: Increasing Farmers Income. At present given the ongoing travel related restrictions digital delivery portal for services and market linkages is being developed. The program is expected to impact over 50,000 farmer families by 2021 and 200,000 farmer families by 2023. Some of the value chains prioritized under the program for the year 2020 are Rice, Maize, Soybean, Pulses, Banana, Tomato, Potato, Spices, Chilli. CII is also working on creating a roadmap for adoption of next gen technology in agriculture namely - Digital Agriculture, Agri-Biotechnology, AgRobotics and, Agri-Nanotechnology.

Mr Uday Kotak, President, CII, said that production has improved significantly in India with a focus on agriculture, land use and water. For enhanced value addition and reduced wastages, it is important to provide the right linkage to markets. Towards the same Government of India has identified Champion sectors focussing on exports and CII is driving the work on 3 champion sectors related to food processing – Agri produce (especial focus on Orange, Potato & Mango); Ready to Eat and Fisheries. The Government & industry are actively engaging to resolve the issues related to exports and enhance our competitiveness in the global markets.

He added that attention should be paid to increase storage facilities. Due to lack of storage, the farmer sells the produce at a low price and the consumer buys it at an expensive price. This imbalance has to be eliminated.

Mr Nikhil Sawhney, Chairman, CII Northern Region, said, Agriculture is the foundation of the Indian economy and provides livelihood to more than half of our population. This year on account of Pandemic situation, we are organising this mega event over Virtual Platform, CII Hive. It aims to ensure that innovation and technology drive the agri and food processing sector towards higher productivity and efficiency. 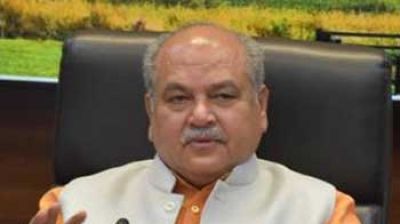 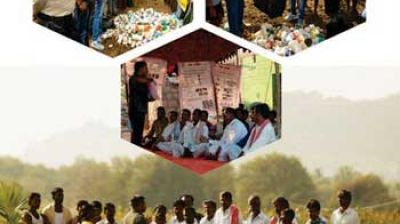 NE states will change the socio-economic status of the farmers