I play the role of Maasa in “Karmyudh”- Rohini Hattangadi

Rohini Hattangadi born in Maharashtrian Saraswat Brahmin family is a critically acclaimed actress for her performances in films like Gandhi, Saaransh etc. Rohini Hattangadi will soon be seen in a very prominent role in the forthcoming serial “Karmyudh” on Doordarshan. Recently, during the shoot of “Karmyudh” in future studios, we got into a conversation with Rohini Hattangadi on her new endeavor. Excerpts -

· What is the story of “Karmyudh”?

The story of “Karmyudh” is about a young, dynamic politician named Yashwant Chauhan and his police officer wife Shivangi. Both of them love each other very much, but have different ideologies. I play the role of Yashwant’s mother who always supports her children in the time of need and stands by truth. If I have to choose between my son and his wife I always support his wife as I believe she is extremely dedicated and sincere when it comes to her work.

· How do you think will the audience respond to the unconventional story of “karmyudh”?

I think that the audience will definitely like this serial, as the story is very uncommon from the usual serials you get to see nowadays. It is based on the actual happenings in our day-to-day life and the society around us. We also have a plot based on a “Hit and Run” accident which the audience can relate to as such things are taking place in our society. The name “Karmyudh” is aptly given as we will be showing characters either giving in or standing up against injustice.

· In your opinion how long should a serial run on television?

A serial should be over when the story doesn’t entertain the audience anymore. There used to be a time when a serial used to complete its run in 13 or 26 episodes and this used to keep the audience glued to their television sets. But this is not very easy to say as it depends on the producer or the channels and mainly the preferences of the audience.

· Tell us something more about your experience in comedy serials.

I loved acting in comedy serials, as I have a ‘sense of humor ‘too. I enjoyed playing the role of “Daku-amma” in the serial “Gun wale dulhaniya le jayenge”. Apart from this serial I have also acted in “Lo ho gayi Pooja is ghar ki” which was also a comedy serial. My roles in the movies “Chaalbaaz”, “Jalwa” and a few Marathi movies had the audience in splits by laughing.

· Are you doing any other soaps on television?

I am doing a show on ETV Marathi “Char diwas sasu che” which has won the “The Limca Book of World Records” award for airing 2250 episodes successfully. I have acted in that serial for the past 9 years. Apart from this I am also acting in another Marathi serial titled “Aaie”.

· Tell us something about your son Asim and his acting career.

My son has done English theatre with Naseeruddin Shah and his group, Hindi theatre with Makarand Deshpande and Marathi theatre with me. He is a very good and a hardworking actor and I am not saying this just because he is my son, but from the point of view of an actor and a spectator. The way he is working right now he is sure to become a successful actor in the future.

· Any plans to launch your son in movies?

I haven’t thought of launching him as an actor. If he’s a good actor he will get his recognition. 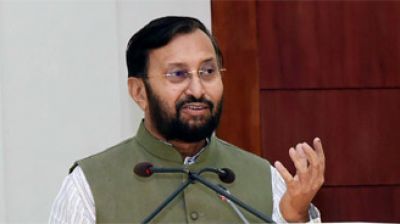 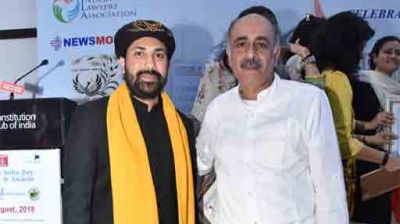 ...... Hello! This post couldn't be written any better! Reading this post reminds me of my old room mate! He always kept chatting about this. I will forward this page to him. Fairly certain he will have a good read. Thank you for sharing!...

Great article... Simply wanna remark that you have a very decent internet site , I the style it actually stands out....

Just read this ...... Hello! I just would like to give a huge thumbs up for the good data you've gotten right here on this post. I will probably be comin...

Just read this ...... I was looking through some of your blog posts on this site and I b...

Recommended websites... Amazing blog! Thanks for the great contribution with this post....

Amazing site... I really liked your blog, thanks for sharing this useful information......

Amazing site... I really liked your blog, thanks for sharing this useful information......

Websites you should visit... I really liked your blog, appreciate the great information....

Websites you should visit... I really liked your blog, appreciate the great information....

Great website... [...]we like to honor many other internet sites on the web, even if they aren’t linked to us, by linking to them. Under are some webpages worth checking out[...]…...

Related…... [...]just beneath, are numerous totally not related sites to ours, however, they are surely worth going over[...]…...

Sources... [...]check below, are some totally unrelated websites to ours, however, they are most trustworthy sources that we use[...]…...

Websites we think you should visit... [...]although websites we backlink to below are considerably not related to ours, we feel they are actually worth a go through, so have a look[...]…...

Visitor recommendations... [...]one of our visitors recently recommended the following website[...]…...

Beginning in 2010, many small businesses and tax exempt organizations that provide health insurance coverage to their employees now qualify for a special tax credit. Fat loss is possible with the right steps tools, Know how and most Importantly one's own Determination to see it through.

You gave tremendous positive points there. I did a search on the topic and found most peoples will agree with your blog. But, it is nearly impossible to get an answer to your urgent questions immediately.

Valuable information and excellent design you got here! I would like to thank you for sharing your thoughts and time into the stuff you post!! Thumbs up

Thanks for taking the time to discuss this, I feel strongly about this and I benefit from learning about this subject. If possible, as you gain facts, please add to this blog with more information. I have found it enormously useful. If you've had felony convictions, cannot pass a drug test, or have other major issues that will pop up during a background check, then in all likelihood you will not be offered a position as a CSI.

This is my first time i go post. I collected so many interesting things in your site especially its discussion. From the tons of comments on your posts, I guess I am not the only one having all the enjoyment here! keep up the good work.Regards

This a little bit funny. I found your site via search engine a few moment ago, and luckily, this is the only information I was looking for the last hours.

Thankyou for all your efforts that you have put in this. very interesting info .

Regards for this post, I am a big fan of this internet site would like to continue updated.

Thanks for taking the time to talk about this, I feel strongly about it and I benefit from learning about this topic. Please, as you gain facts, please add to this blog with new information. I have found it extremely useful. All of this could be an incidental effect of how the insurance companies lost thousands of customers over the past year - customers who could no longer afford cover, now that they don't have jobs.

Thanks for the great post,i love to read articles that are informative and beneficial in nature.

Only wanna comment that you have a very nice internet site , I like the style and design it actually stands out.

I really like your blog and i respect your work. Iâ€™ll be a frequent visitor. You can go out and get the same old things, or you can try to find some less common but immensely useful baby gift ideas that most others are not going to think to buy.

You ought to really think about working on growing this blog into a major authority in this market. You obviously have a grasp handle of the subjects everyone is looking for on this blog anyways and you could surely even make a dollar or two off of some advertisements. I would explore following recent topics and raising the amount of write ups you put up and I guarantee youâ€™d begin seeing some amazing traffic in the near future. Just a thought, good luck in whatever you do!

You got some great ideas there. I did a search on the issue and learnt most peoples will agree with your blog. The years it takes a physician to attain credentials for medical practice, the effort, the sacrifices and the mountain of skills in medical specialization one has to acquire, makes setting up a medical practice a real investment.

This is a nice web site. Good fresh interface and nice informative blogs. I will be coming back soon, thanks for the great blog. When we use the same amount as we used to 20 years ago, we end up putting in maybe ten times as much as we need to.

I've bookmarked, Dugg, and I brought together the RSS subscription. Thanks! .

Most helpful site and information You will be glad that you did.

Substantially, the post is actually the best on this worthy topic. I agree with your conclusions and will eagerly look forward to your approaching updates. Just saying thanks will not just be adequate, for the great clarity in your writing. I will right away grab your rss feed to stay privy of any updates. Authentic work and much success in your business endeavors!

Can you write another article about this topic simply because this article was a bit difficult to fully grasp?

Useful site, keep me through checking it, I\\\'m truly interested to find out more about it.

I think its a pretty good idea not that there arenâ€™t other sites out there that already do something similar but TV Online is the best! I think it might catch on here pretty well

I am really impressed with the quality of your blog. It is easy to determine that you are fervent about your writing. If I had your writing ability, I know I would be successful. I have bookmarked your site and look forward to more updates.

Funny I was discussing with a friend about this just the other day, we must share the same views. I hope it's ok I added your site to a few of my bookmark lists?

Hello, I used to be researching the internet & I discovered your web site. Keep up the superb work.

I appreciate you for the advice! I can give it a try.

slight off topic but mentioning the philippines, dating a filipina lady changed my life ;)