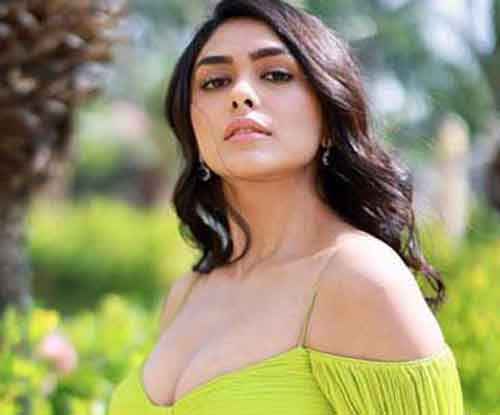 Mrunal Thakur’s film Jersey is going to release in theaters on April 22. She stars opposite Shahid Kapoor, who has been a fan of Mrinal since childhood. The actress has talked about her experiences related to the film in the interview.

When I was shooting with Avinash and Karan Johar on the sets of Ghost Story, the call came for the film Jersey. He told that this is a sports film, which is based on cricket. Would you like to be a part of it? I was hesitant as the film had already done Toofan.

It was in my mind that what would the two sports film be like? But when I heard the script of the film and then saw the original version, the way both the lead actors performed in it touched my heart. It was such a lovely story that I immediately said yes.

I hope this film will come, then it will definitely inspire people. Also told ‘I am more afraid of critics than the pressure of Friday’. PLC&GT